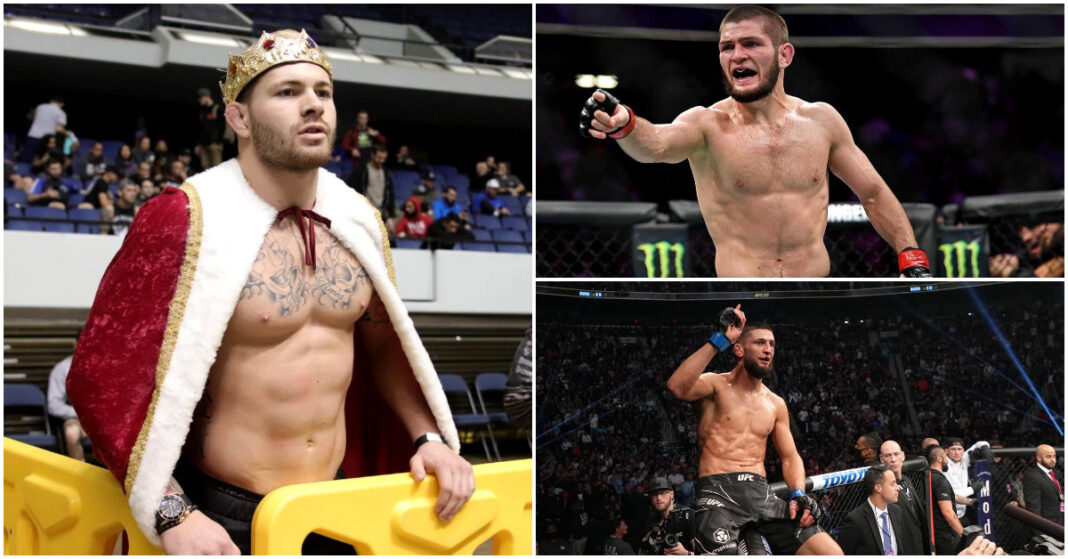 BJJ great Gordon Ryan is universally considered to be the greatest no-gi grappler on the planet right now having won two IBJJF No-Gi World championships. His claim to win against former UFC champion Khabib Nurmagomedov and current rising prospect Khamzat Chimaev makes sense to him as the two Russians are mixed martial artists whereas he is a specialist in grappling.

Ryan’s training partner Garry Tonon also previously claimed to be capable of submitting Nurmagomedov in a grappling match. Both members train with the legendary BJJ coach John Danaher and base their opinion on reason and sound logic. Ryan has also managed to defeat Tonon in competition back at ADCC 2019

In a post made on Instagram, Gordon Ryan was asked by a fan how he would fare against the rising star of Khamzat Chimaev. Ryan responded to the fan explaining why he feels confident he would get the win.

The Chechen-born Swede has shown impressive wrestling in competition and even managed to defeat Jack Hermansson in a freestyle wrestling match. He recently got promoted to purple belt in BJJ after his thrilling victory over Gilbert Burns at UFC 273.

As more fans chimed in, the subject turned to Khabib Nurmagomedov. Ryan responded to the discussion by using similar logic as before:

“Khabib is a generalist. These are very silly questions lol. No one who specializes in jiu-jitsu can beat me. Why would an MMA fighter be able to?”

BJJ came to prominence with the rise of the UFC in mixed martial arts. It was the Gracies who revolutionized the art form and brought it to the eyes of the world when they helped create the promotion. The spectacle of seeing a smaller man win over a bigger man changed how the community thought about fighting.

One name that stands out after the Gracie family is the legendary BJJ coach John Danaher, who Gordon Ryan trains under. In Joe Rogan’s podcast episode with Dan Gable, the commentator backed Ryan to be the “pound for pound greatest of all time”. He explained the pedigree Ryan comes from and ranked Danaher as possibly the best BJJ mind in the world right now.

Ryan is a member of the Danaher Death Squad alongside many supreme BJJ practitioners. He stands out as the best guy in a team of world champions under Danaher. Their approach to objectively assessing a potential fight in terms of generalized and specialized skills sounds reasonable. However, we can only speculate how these dream fights would turn out.

Do you think Gordan Ryan will win a grappling match against Khabib Nurmagomedov and Khamzat Chimaev?