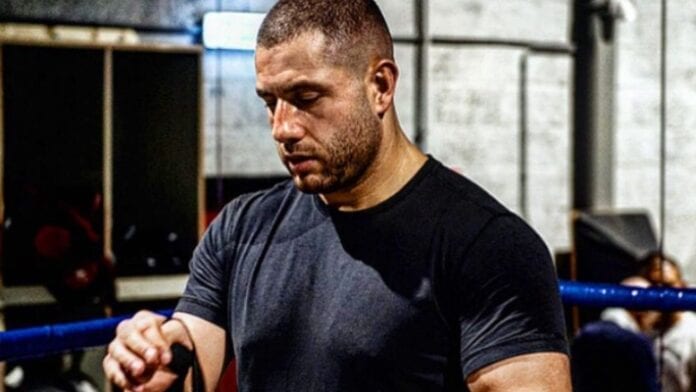 Kickboxing legend Gokhan Saki will no longer be competing in the UFC.

It was reported Monday by Beyond Kickboxing that the light heavyweight was released by the promotion and will begin a new chapter in his career elsewhere.

It could be a return to his old sport as the kickboxing legend hinted at it in some social media posts recently.

Last week, the 37-year-old posted an image of his fight with GLORY heavyweight champion Rico Verhoeven asking his fans who they’d like to see him fight next.

Another post saw him decked out in kickboxing gear with an interesting caption.

For now, all we can do is wait and see what’s next for Saki.

Saki made his UFC debut in September 2017 when he knocked out Henrique da Silva in the first round of their light heavyweight bout.

His next outing, however, didn’t go his way as he was knocked out by Khalil Rountree Jr. in the first round of their UFC 226 clash in July 2018.

Saki hasn’t competed since then due to a number of injury issues. He leaves the UFC with a 1-1 record and an overall MMA record of 1-2.

Where do you think Saki should go next? Remain in MMA or return to kickboxing?