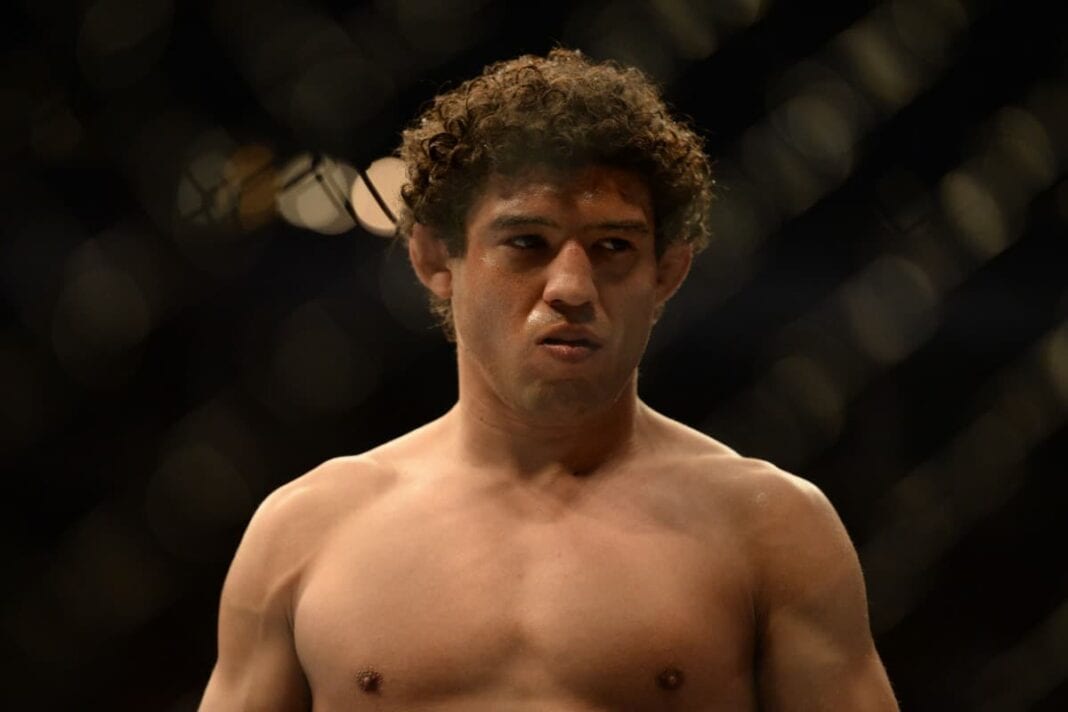 Gilbert Melendez’s decorated MMA career could be coming to an end.

News broke today that Melendez is reportedly in talks to end his lengthy layoff to face Arnold Allen at December’s UFC 232 according to an anonymous source who confirmed the talks to MMAjunkie.com. The fight was first reported by FloCombat.

Melendez recently confirmed that he was ending a yearlong hiatus since a brutal beating at the hands of feared knockout artist Jeremy Stephens. The bout was contested at featherweight, Melendez’ first bout at 145 pounds since 2003.

The former Strikeforce lightweight champion and UFC title challenger was once one of the top 155-pound fighters in the world. He won the Strikeforce lightweight title twice and defended it five times in total to storm into the UFC in 2013. He met then-champ Benson Henderson for the title and lost a close split decision. ‘El Nino’ then won a brutal, bloody war with Diego Sanchez at UFC 166 to earn a second UFC title shot at UFC 181 in December 2014.

Melendez was submitted by former champ Anthony Pettis and went on to lose three straight fights to Stephens, Edson Barboza, and Eddie Alvarez to put his overall UFC record at a disappointing 1-5.

He was also suspended for a positive drug test and has been dealing with a significant leg injury where bruises calcified and resulted in nerve damage. But in an interview with MMAjunkie this week, he said he’s doing better:

“As a fighter, recovery takes a bit longer, and mileage is a little bit more, so with all that added up, I took some time,” Melendez said on Wednesday. “But I’m feeling great. My leg is better. I’m checking kicks right now, and I feel good about it.”

With the losses mounting to the best fighters in the world, ‘El Nino’ admitted he needs to win his next fight and win big.

If he did, he claimed his career may continue, but a loss or poor performance would result in him re-examining his path:

“I think it’s important for me to succeed in my next fight,” Melendez said. “It will be hard to go on if I don’t succeed. I really have to deliver. Even if I did come out with a victory, and I’m not happy with my performance, I’d probably have to consider everything.

“I need to succeed in this fight. If I do, that journey may continue. But if I don’t succeed, I can’t say forever-ever, but it’s definitely going to be time to step back for a long time.”

If he does battle Allen, he’ll have no easy task. The 24-year-old featherweight was last seen submitting Mads Burnell at May’s UFC Liverpool. He boasts four wins in a row in the UFC and an overall MMA record of 13-1.

Will Melendez continue his storied career past UFC 232?