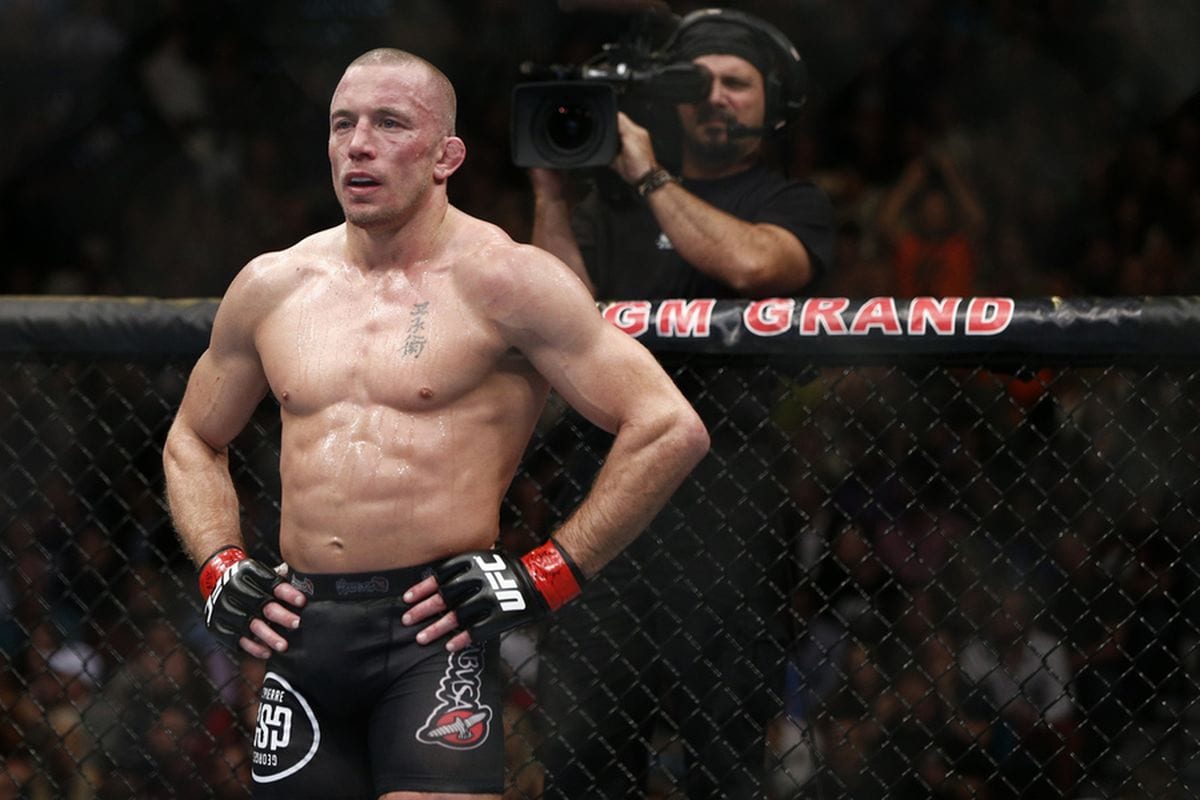 The WWE has shown a great interest in bringing in former mixed martial artists to join their professional wrestling empire.

The likes of Ronda Rousey and Ken Shamrock have created quite the names for themselves in WWE. It looks like WWE had their eye on another mixed martial arts (MMA) legend recently. Former UFC welterweight and middleweight champion Georges St-Pierre claims the professional wrestling juggernaut approached him at a recent ESPN appearance.

“GSP,” along with now-former UFC women’s strawweight champion Rose Namajunas, attended the ESPN ESPYS award ceremony last July. Both were up for the Best Fighter Award, which was subsequently won by Terrence Crawford. Speaking with Jean-Charles Lajoie on TVA Sports, St-Pierre divulged the following (via MMA Fighting):

“I was at an ESPN event in the United States, the awards ceremony, and I got approached by the WWE,” St-Pierre said. “I had just retired, and, it’s a form of competition, but of course, it’s also scripted, so I don’t know if I’d be willing to relive that.

“Perhaps for a special event, so I could taste it. But I don’t know if I’d want to sign a contract and do it every week and making it a living. Maybe for a special appearance. Perhaps we will get back to them on that, I don’t know, but for the moment, there are no discussions at all.

“They wanted to contact my agents, I gave them their number, but I don’t want to switch to wrestling full-time.”

St-Pierre hasn’t competed inside the Octagon since 2017. He defeated Michael Bisping to become the UFC middleweight champion of the world via third-round submission. He ended his career on a 13-fight win streak before retiring after failing to land a superfight with undefeated lightweight champion Khabib Nurmagomedov.