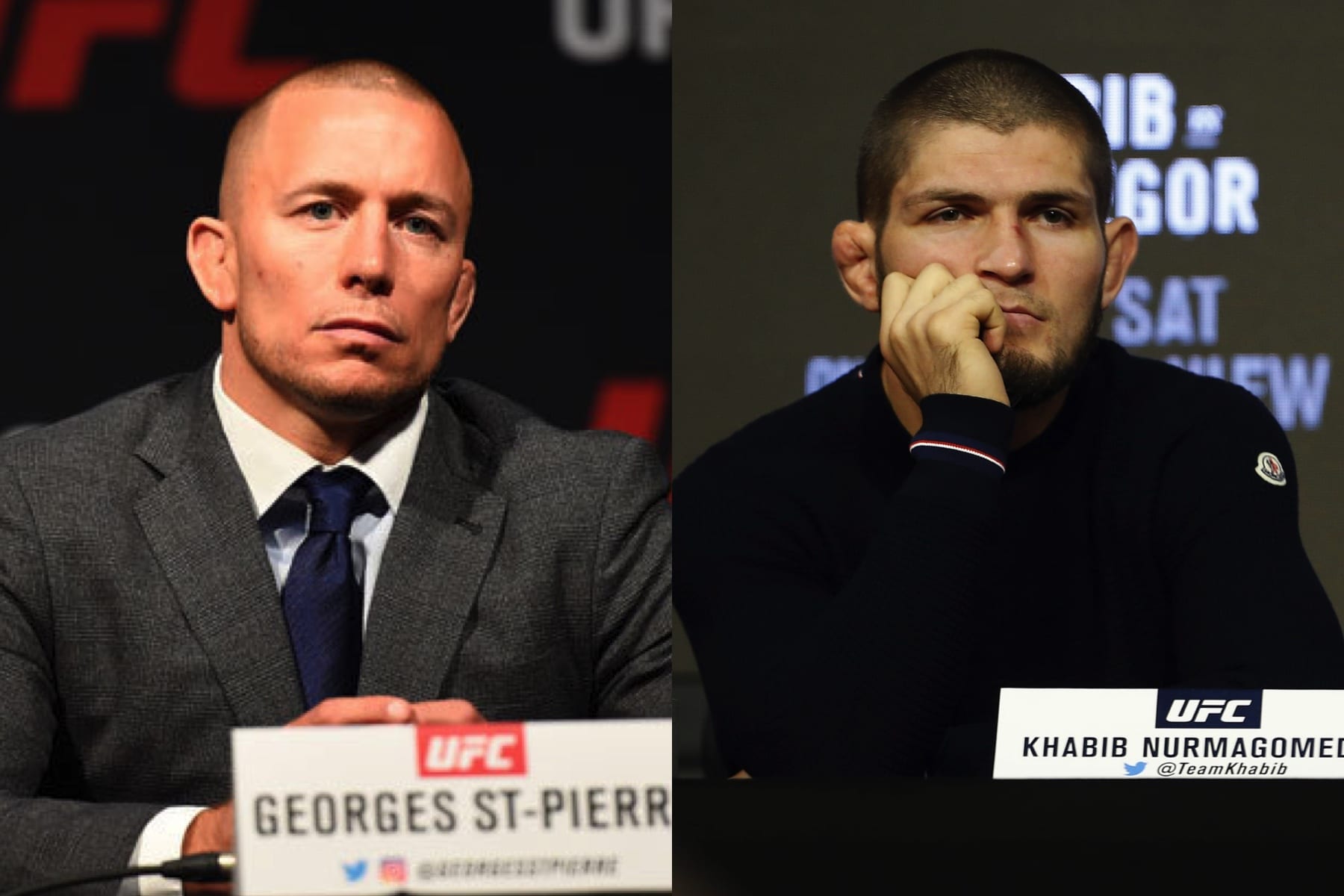 GSP announced his retirement from active MMA competition on Thursday. The former UFC middleweight and welterweight champion took to the podium in Montreal, Canada, to confirm the news. This is where he addressed why this fight didn’t happen.

It was noted in a report on Wednesday that GSP’s decision to retire comes after failed negotiations between St-Pierre and the UFC for a fight that would see him compete against Nurmagomedov.

At this press conference, GSP opened on talks of this fight and the reasoning that we’ll miss out on it.

“We tried to organize the fight with Khabib Nurmagomedov. I know Khabib wanted it and I wanted it. But the UFC had other plans. The way business works, I believe if they promote someone they want to keep him there, to have a guarantee the guy is there. It’s like an investment. I don’t have the same motivation I used to have. I wish Khabib the best of luck. I’m a big fan. I think he’s the best fighter right now. I love to watch him fight. I can’t wait to see what’s next.”

GSP then reacted to a statement made by Khabib on social media where he asked the former champion to reconsider his retirement and fight him.

“I saw the message on the internet. For where I am right now, the most exciting thing is also the scariest thing is to fight an opponent who is invincible. That’s what Khabib is now and that’s why we wanted to fight him. It would lift my legacy. I feel disappointed that the Khabib fight did not materialize. But in a way not too much, because I don’t have the same anger as I used to. There will always be another fight. It’s always about what’s next. The last person to know when it’s time to retire is the fighter himself. What I don’t want is to retire too late. That’s what I don’t want to do.”