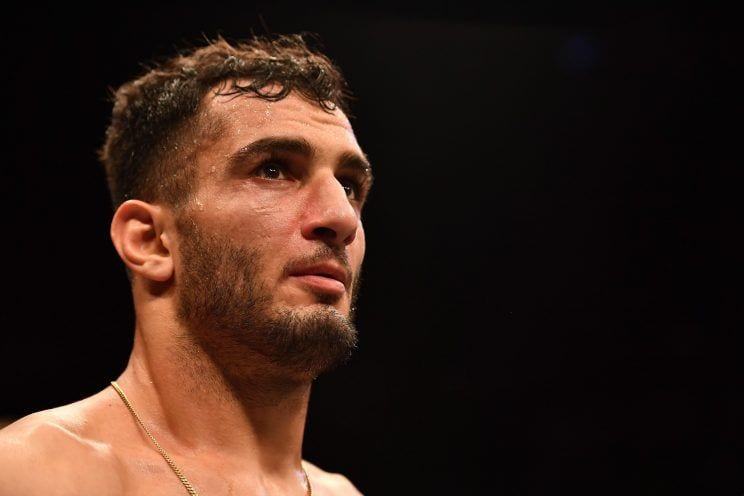 Gegard Mousasi explains why now he thinks that the UFC is in a decline and this all comes after having a new look on the state of the MMA landscape. The Bellator middleweight champion is slated to fight welterweight champion Rory MacDonald at the Bellator 206 event.

Mousasi’s contract with the UFC ran out after his controversial UFC 208 win over Chris Weidman. This is when he decided to test out the free agent market and signed with the Viacom-owned promotion. A fun fact about his career is that Mousasi was Bellator MMA President Scott Coker’s light heavyweight champion for a while under the Strikeforce banner.

Mousasi is currently riding an impressive six fight win streak with victories of the likes of Weidman, Vitor Belfort, Uriah Hall, and Thiago Santos. He also won his promotional debut with Bellator by picking up a win over Alexander Shlemenko by decision at Bellator 185. He is coming off a win over Rafael Carvalho at Bellator 200 by scoring score a TKO victory in just 3:25 of the very first round.

In a recent media conference call (transcript courtesy of Bloody Elbow), he gave his take on why he thinks the UFC is currently in a decline.

“I feel the UFC is declining because they’re putting on bad cards, the main events are not that intriguing,” Mousasi said. “We have a lot of big names fighting now in Bellator. You have Quinton (Jackson) vs. Wanderlei (Silva), that’s a superfight on its own, obviously (Lyoto) Machida is now here. Ryan Bader. You have Matt Mitrione, you have so many big names.

“I think because of my long career. I’m now where I should be and I’m taking every chance I get to fight for the big fights.”

This event is set to take place on Saturday, September 29, 2018 at the SAP Center in San Jose, California. The preliminary card will air online at 7:00 pm EST while the main card will air on DAZN and Paramount Network at 9:00 PM EST.