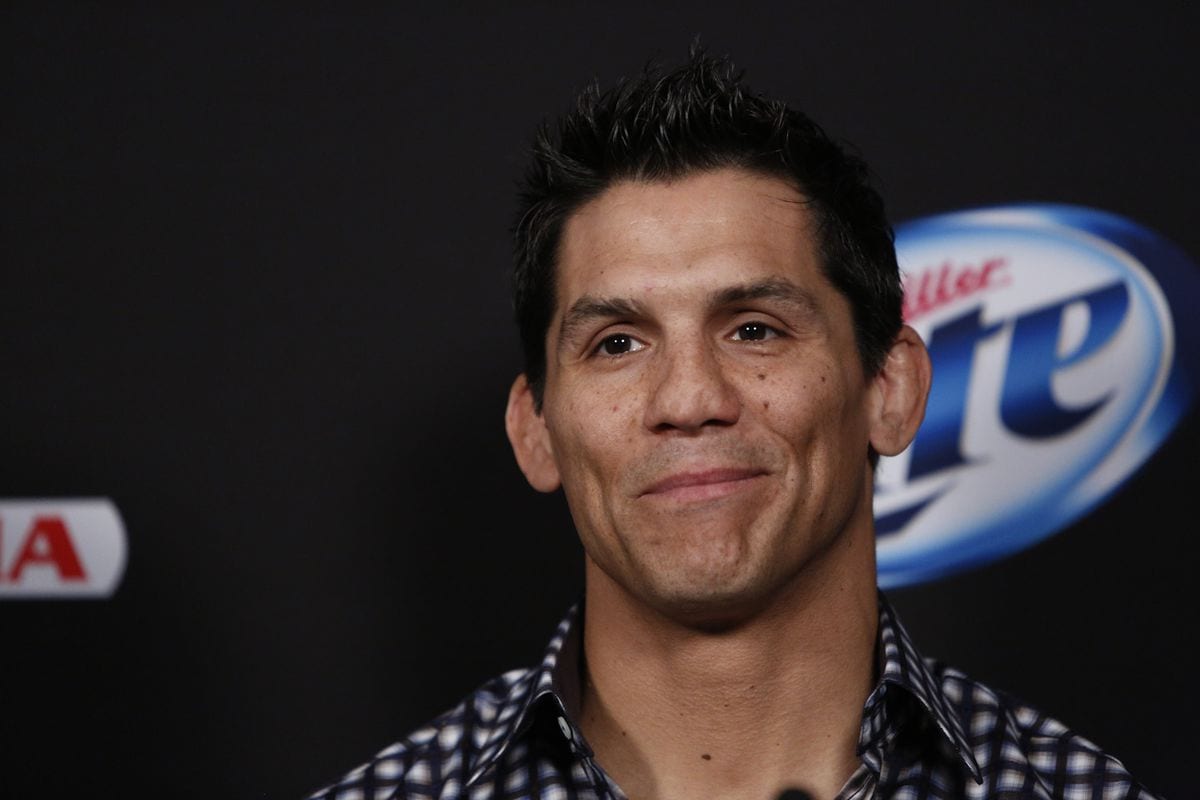 Former UFC champion Frank Shamrock is being investigated by Dallas police for animal cruelty stemming from a March 2 incident.

According to a report from WFAA-TV in Dallas, Shamrock, 47, tied up one of his mother’s dogs named Zelda, in the back of a pickup truck at Dallas’ Love Field airport. Shamrock said he left some food and water for Zelda, then got on a plane to return to his home in California. When asked about his actions he replied, “I’m an animal lover.”

WFAA-TV contacted Shamrock via telephone and the former UFC champion copped to his actions saying, “It is was it is.”

“They can charge me with whatever. I will show up,” Shamrock told the station. “It is what it is. I’m not hiding in any way. It’s an unfortunate and terrible thing. I’m an animal lover and I ran away crying. … It’s an old dog – no one wants a 6 1/2, 7-year-old dog with a goofy hip.”

The reason why Shamrock was in Dallas in the first place was to help his mother move. A Facebook post on March 2 said he was seeking a home for his mother’s two dogs. (one of them being Zelda). One was taken into a new home, however, Shamrock claims no shelter would take Zelda due to her bad hip. Zelda is now reportedly is in the custody of Dallas’ animal control division.

“Need help! Can anyone take a dog today in Dallas Texas?” Shamrock posted on Facebook. “My mom has to give her dogs away as she can’t care for them anymore. We will be at Dallas Love Field AirPort by 4 pm and flights at 5 pm. Dog lovers please help Zelda is a great guard dog and she has protected my mom for years. I have called every shelter and no-kill pet center within 200 miles. Now I have to fly home and need some help.”

Shamrock also told WFAA that he believes leaving the dog was the right move because the dog is still alive.

“Here is what I guarantee: That dog is alive and safe right now, and I couldn’t guarantee that before I tied that dog to the truck and left,” Shamrock told the station.

Shamrock hasn’t competed in MMA in nearly a decade. It doesn’t look like a comeback is going to happen anytime soon.