LowKickMMA.com
Home Boxing News Frank Mir Says He’s ‘Got Nothing To Lose’ Ahead Of Antonio Tarver... 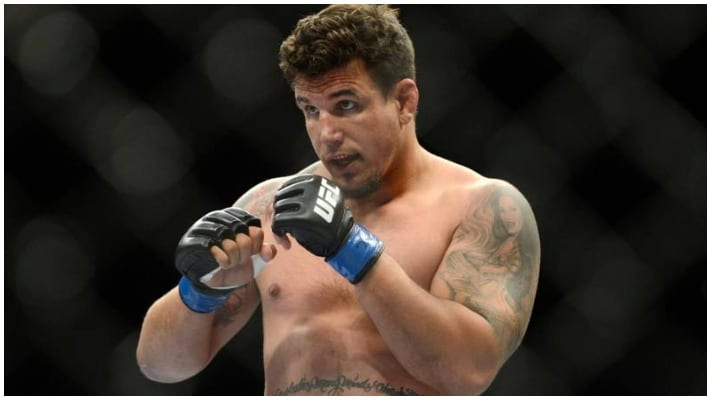 Mir will square off against the former light-heavyweight champion on the undercard of Jake Paul vs. Ben Askren.

In an interview with MMA Junkie on Friday, Mir explained why he was crossing into a new sport at 41-years-old, he said.

“It’s a great opportunity for a challenge. I’ve always wanted to step in the boxing ring. As mixed martial artists, we always like challenging ourselves at the individual aspects of what makes our sport the decathlon of the martial arts world. Competing against someone who is a legitimate former world champion (does that).”

Mir believes he is in a “win-win” situation in his fight against Tarver.

“Realistically, this is a win-win for me because I’ve got nothing to lose,” Mir said. “I go out there, and even if I were to lose the match – and I intend on really trying to win this fight – win it early, I don’t know about going 10 rounds. I go the distance and look good, that’s a victory for mixed martial arts. I know what it’s like to be the guy defending your sport against and outsider coming in (like I did against Brock Lesnar). It’s really nerve-racking, so the stress is really all on his end.”

Mir hasn’t fought in MMA since October 2019 and it doesn’t seem like he plans to return to the sport anytime soon.

The heavyweight legend will try to prolong his competitive career by experimenting with new sports.

“Honestly, I would love to keep doing this,” Mir said. “I’m 41, and I’m having my own midlife crisis. My wife makes jokes about it all the time. Most guys go out there and get a girlfriend or a brand new Corvette to drive; I’m out there sitting going, ‘Hey, maybe I can go into boxing. Can I get into the K-1? What wrestling tournament can I get into?’ I’m trying to find these different ways, because I know my window of competition is closing on me.”

Do you want to see Frank Mir box Antonio Tarver?