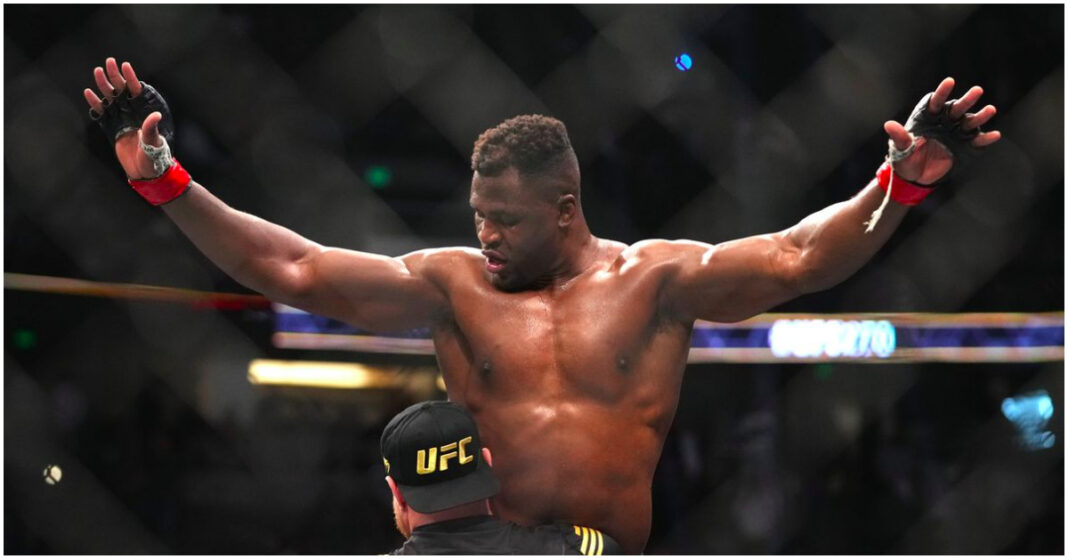 It appears as though we won’t be seeing the baddest man on the planet, Francis Ngannou in action anytime soon.

Ngannou went into his UFC 270 title unification bout with Ciryl Gane battling knee damage knowing he would require surgery following the fight. He then stayed in California after the fight and was medically evaluated Monday. It has since been confirmed by his manager Marquel Martin that the ‘The Predator’ will undergo surgery and face nine months out of action.

The 35-year-old Ngannou defeated his rival via unanimous decision this past Saturday in Anaheim to retain his world heavyweight title. Afterward, Ngannou revealed at the post-fight presser that he had gone through his last three weeks of training camp battling the injury, one that he suffered in training.

Francis Ngannou UFC Future Still Up In The Air

The win marked the last of eight fights on Ngannou’s contract, one which has been the centerpiece of many discussions in the media of late. He is still however tied to the UFC for the next year due to a champion’s clause in the deal.

Martin also told ESPN about Ngannou’s plans for recovery and his future in combat sports.

“Upon his return, we plan on getting surgery and starting the recovery process so we can get him back to 100 percent as soon as possible. In the meantime, we hope we can find a peaceful resolution in these contract talks. We’d like to thank all the fans for their continued support and belief in Francis.”

It remains to be seen whether or not we will see Francis Ngannou in the UFC octagon but for now, his main focus is solely on recovering from this most recent setback.

Do you think we will see Francis Ngannou fight for the UFC again?