LowKickMMA.com
Home UFC News Francis Ngannou: Ciryl Gane Is A Good Fight But Not On Level... 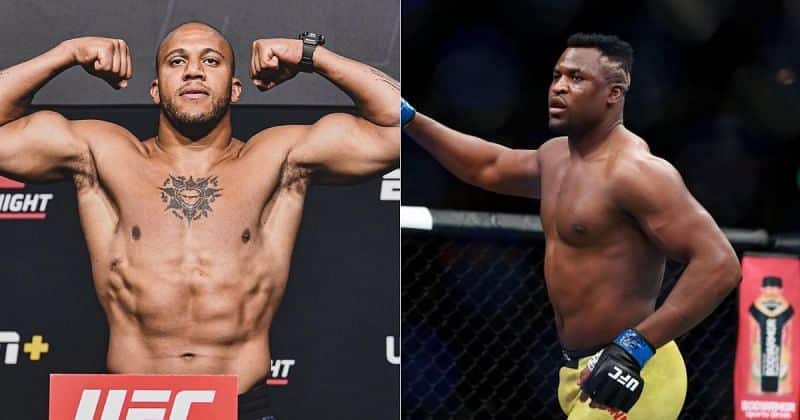 Francis Ngannou doesn’t believe a matchup with Ciryl Gane is on the same level as Jon Jones.

Although not official, Ngannous is expected to face Gane in a heavyweight title unification clash at UFC 270 which takes place early next year on January 22.

Gane, of course, won the interim strap when he TKO’d Derrick Lewis at UFC 265 in August. But it could have very easily been Jones facing Ngannou instead as it looked like the matchup to make — until Jones ran into pay issues with the UFC again.

And while Ngannou believes a matchup with Gane is still a good fight, the reality is it’s nothing compared to one with Jones.

“Not particularly,” Ngannou said when asked if it was as exciting as a fight with Jones (via MMA Fighting). “But it’s a good fight. You have to be aware of the danger of any fight, so it’s a fight, he’s a good opponent, but not on the level of a Jon Jones fight for example if that’s what you’re asking. It’s not the same thing.”

One may think that Ngannou and Gane being former teammates in France would make the matchup even more interesting with a backstory and everything.

However, “The Predator” played down the extent of their relationship stating that they were not close friends and that Gane was briefly helping him out for his fight with Cain Velasquez.

That is also one reason why fighting Gane won’t be awkward for Ngannou.

“That will not be awkward,” Ngannou added. “Fighting for me is my job first of all. I take it as a job. Maybe some people take it as a personal issue, but it’s just a job.”

Who do you see coming out on top?