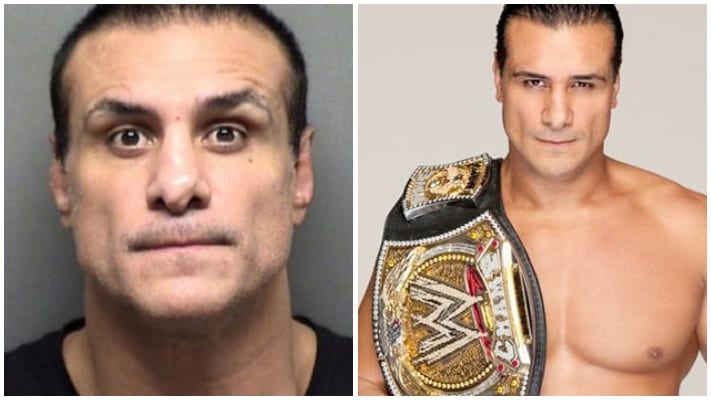 Former WWE champion Alberto Del Rio was arrested this weekend after a woman accused him of beating and sexually assaulting her.

Del Rio, whose real name is Jose A. Rodriguez Chucuan was charged over the weekend with second-degree sexual assault after his a woman claimed he had brutally beaten and sexually assaulted her on multiple occasions.

NBC News 4 San Antonio broke the news about the 42-year-old being arrested in their report which read. “Professional Mexican-American wrestler Alberto Del Rio was arrested over the weekend after a woman came forward with photographs alleging he brutally beat and sexually assaulted her.”

The report goes into graphic detail about an alleged incident that took place on May 3. Del Rio accused the woman of being unfaithful and got angry when she denied his claims. The former WWE superstar slapped her more than ten times before trying to force her to put on a dress and dance for him. When she refused, he told her to stop crying or he’d take her son and “drop him off in the middle of the road somewhere.”

According to police Del Rio then tied the woman to a chair, gagged her, and sexually assaulted her for several hours using various objects. The victim was also punched in the back leaving a visible injury. She may have lost consciousness after Del Rio put his hands around her throat as at that point her memory of the incident is hazy. Del Rio had his bond set at $50,000. The records show this was posted and he was released from police custody at around 3:30 am on Sunday.

MMA fans will be familiar with Del Rio as he recently made an unsuccessful return to the sport against Tito Ortiz. The pair fought at Combate Americas 51. Former UFC light-heavyweight champion Ortiz picked up a quick submission victory in the main event late last year. Del Rio had previously gone 9-5 during his MMA career. He had once fought for promotions such as Pride and against legends like Mirko Cro Cop. However, he effectively retired from the sport in 2010 to focus on professional wrestling.