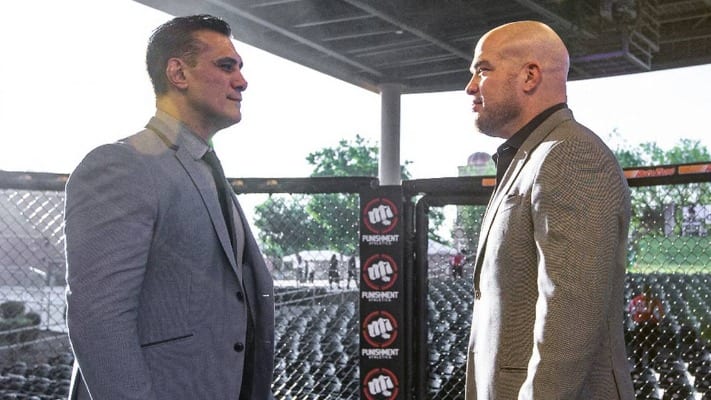 This past December, former WWE star Alberto Del Rio made his return to mixed martial arts (MMA) action at the Combate Americas 51 show.

Del Rio, known as Alberto El Patron, took on former UFC light heavyweight champion Tito Ortiz in the main event of the night. There, Ortiz was able to easily dispatch of El Patron, taking the fight to the ground and picking up the submission victory. The show was Combate Americas’ first pay-per-view (PPV) since 2013. Speaking to MMA Junkie, El Patron opened up on the loss and said he was “very upset” after the defeat.

“I was very upset, and people are never going to know what goes on in the mind of a fighter or athlete after losing a fight,” Del Rio said. “You have live another battle because you have to deal with the fact that you lost in a fight, that there’s a better man than you, that you trained so hard for so many months and that wasn’t enough. But after processing the loss, I felt good about it because I trained hard, I gave it my all in the training camp.

“It was tough adapting to the cage and I think a lot of people don’t understand that it’s night and day fighting in a cage as opposed to a ring. It’s completely different. And all that time away from MMA and since MMA has evolved a lot when I used to fight in Japan. You could win many fights with just wrestling and ground and pound, but now everyone has a good base in wrestling, striking, and grappling.

“So if I would’ve came back and had more time to prepare, maybe the result would’ve been different. But I leave happy, I didn’t have any major injuries from the fight, I don’t think I looked bad against a legend like Tito Ortiz, and I leave mixed martial arts happy. I’ll just continue growing talent with Combate Americas and keep doing what we’ve been doing from the beginning.”

Furthermore, El Patron really thinks he could’ve won that fight. It was his first MMA fight since 2010, meaning he was out-of-action for nearly a decade. The former WWE Champion said ring rust is very much a real thing, and he made two big mistakes that led to his downfall.

“I think I could’ve won that fight, I really do,” Del Rio said. “I made some mistakes with the strategy. but once again the would’ve doesn’t exist. Ring rust is real and it was there. I made two big mistakes and with someone as experienced as Tito that’s deadly.”

El Patron believes that he could do much better in a rematch, however, he’s going to stick to his word that his fight with Ortiz would be the last of his combat sports career. He even mentioned that Saudi Arabia wanted to bring Combate Americas to their country, with El Patron fighting on the card. So, there’s still a demand for the Mexican star to fight, and the money is certainly there, but he feels at this point in his life that he’s done fighting.

“I said it from the beginning, this was going to be one fight and that’s it,” Del Rio said. “There was a possibility because, as you know, people in Saudi Arabia are buying everything and they wanted us to bring Combate Americas there, specifically with me fighting on that event.

“They were putting down a lot of money and like “The Godfather” said, it was an offer we couldn’t refuse. But that just stayed on the table, and since the beginning, I said I was going to do it so the company would keep growing. For me, to do my last fight was to take that stake off my chest from Japan since in my last fight I wasn’t training the way I was supposed to.’

“For this one I trained very well, but you know, Tito is someone with a lot of experience and me retiring for so long from MMA, being 14 years away from the sport that did affect me. But oh well, like I said, it was one fight and that’s it.”

There was no gold on the line, officially, for El Patron vs. Ortiz, however, there was a gentleman’s agreement. El Patron put up his old WWE Championship belt on the line, while Ortiz put up his UFC title belt. With Ortiz winning, he took home El Patron’s WWE Title, offering it to his younger sons, who are professional wrestling fans.

“I still have that void because I had that belt framed and hanged on shelf,” Del Rio said. “It was very nice and it was the original, but I had to give it to him because that was the deal. I gave him my word as a man, so yeah. Right now I’m making a replica so I can have a copy, so I can at least have that memory on my wall.”

What do you think about Del Rio saying he thinks he could’ve won his fight against Ortiz?