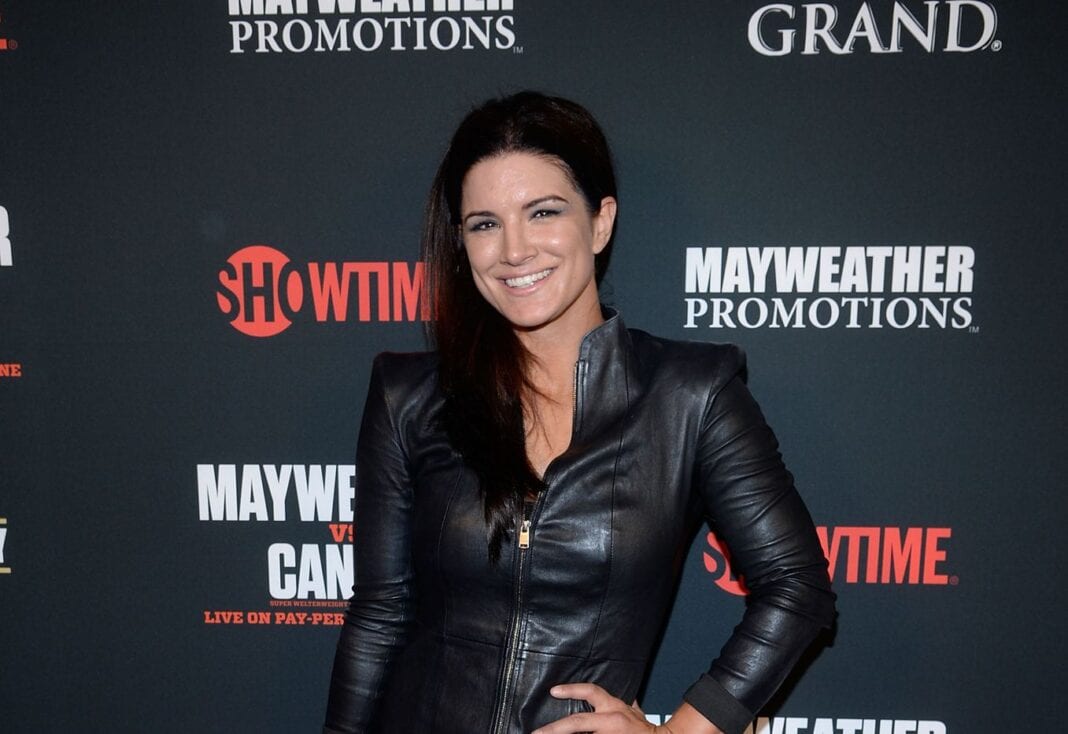 Female mixed martial arts pioneer, Gina Carano has been involved in notable exchanges on her official Twitter recently, amid a gender pronoun and transphobic storm.

The 38-year-old has received huge backlash on the social media platform, with her username on Twitter now listed as, ‘Gina Carano boop/bop/beep’. The Dallas, Texas native engaged with multiple users over the previous eighteen hours, with many calling her transphobic, for her apparent mocking of gender pronouns.

Responding to Joe Pags Pagliarulo on Twitter recently, Carano claims she has been “harassed for months” by the “woke world” – before explaining how she’s not transphobic.

“They’re mad cuz (sic) I won’t put pronouns in my bio to show my support for trans lives. After months of harassing me in every way. I decided to put 3 VERY controversial words in my bio.. beep/bop/boop I’m not against trans lives at all. They need to find a less abusive representation.“

Carano, who ended her professional mixed martial arts career back in August 2009 in a knockout loss to Cris Cyborg in the inaugural Strikeforce featherweight title clash, has recently featured on the Disney+ television programe, Star Wars: The Mandalorian, where she plays the role of Carasynthia ‘Cara’ Dune.

Carano was briefly linked with a move to the UFC in late 2014 – with a matchup alongside the then-dominant bantamweight champion, Ronda Rousey targeted. Ultimately talks on the deal began to stall, with the matching failing to come to fruition, with Carano failing to make a professional appearance under active competition since her 2009 defeat to current Bellator 145-pound best, Cyborg.