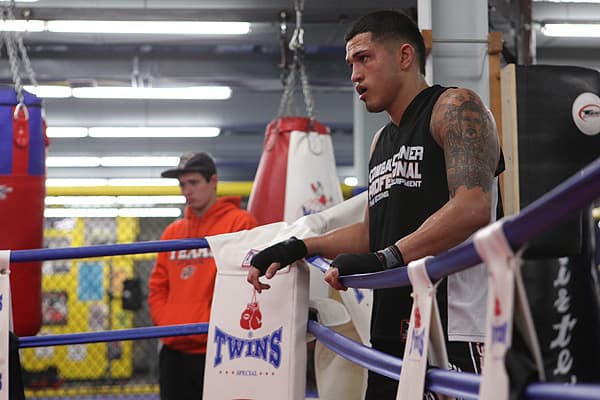 Former UFC lightweight champion Anthony Pettis hit earth with a bang earlier this year, as Rafael Dos Anjos tore the belt from the grips of ‘Showtime’ at UFC 185 in dominant fashion. ‘RDA’ beat Pettis in all aspects of the fight, leaving the ex-boss bloodied, battered and well beaten after five rounds. Having suffered a seemingly endless barrage of injuries since joining the UFC, coupled with the brutal loss to Dos Anjos, the Duke Roufus trained star has been pushed out of the limelight for the moment. It seems that talk of ‘Showtime’ becoming an all-time great may have been slightly premature.

There is still a lot of decent competition out there for Pettis though, and he has bounced back from numerous losses in the past. Having debuted in the UFC with a decision loss to Clay Guida, ‘ASP’ would go on to win his next five fights, all coming by way of finish aside from the Jeremy Stephens bout. Following his roasting at UFC 185, Pettis went in for elbow surgery. Apparently a success, the ex-champ posted the following to Instagram:

All being well, it’s likely that Pettis will see action in the octagon again this year, but who would be a valid opponent at this stage? Perhaps the potentialy returning Khabib Nurmagomedov? It may be risky lining up two injury prone fighters like ‘The Eagle’ and ‘Showtime’, but it would be a quality pairing all the same.

There are many questions to be fielded upon his return, perhaps the most pertinent being will Pettis ever find his way to another title fight? It’s clear he is a cut above the upper-middle tier of the rankings, but can he overcome the loss to Dos Anjos and the dangerous wrestlers of the UFC lightweight division?