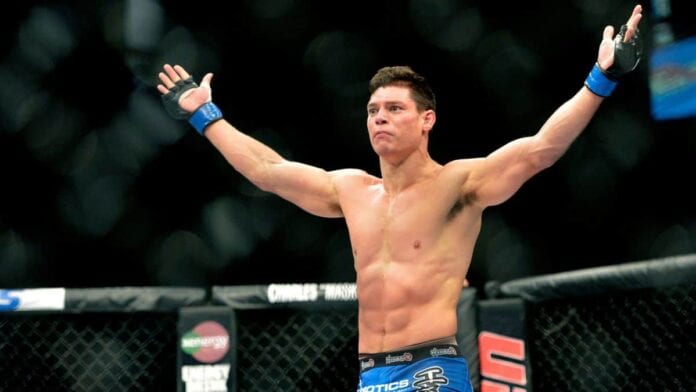 UFC officials confirmed the bout with the Houston Chronicle.

Chris Cariaso was sky-high prior to meeting Demetrious Johnson at UFC 178 for the flyweight title as he was on a three-fight winning streak. He lost to Johnson at the event by second-round kimura and then dropped his last bout to Henry Cejudo at UFC 185 by unanimous decision.

Sergio Pettis is 1-2 in his last three bouts as he beat Yaotzin Meza at UFC Fight Night 42 by unanimous decision and then Matt Hobar at UFC 181 the same way. He lost his next/last bout to Ryan Benoit at UFC 185 by second-round TKO.

Alan Jouban is 4-1 in his last five bouts and is coming into this bout on a two-fight winning streak. He beat Richard Walsh at UFC 184 by first-round knockout and then beat Matt Dwyer at UFC Fight night 71 by unanimous decision.

Albert Tumenov is coming into this fight on a three-fight winning streak with wins over Anthony Lapsley, Matt Dwyer and Nico Musoke.