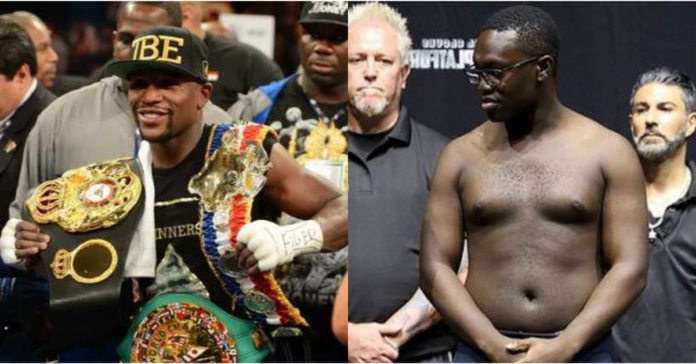 Floyd Mayweather is looking for more exhibition fights against YouTube celebs. The retired boxer has his eyes on YouTuber Deji Olatunji who is the brother of KSI and is 1-3 in the ring.

The 50-0 former world champion boxer Floyd Mayweather is reportedly looking to fight Deji in Dubai in November in an exhibition bout. Since officially retiring ‘Money’ has faced fighters such as kickboxing star Tenshin Nasukawa, former UFC Champion Conor McGregor, YouTuber Logan Paul, and others. Now, he is targeting Deji.

Deji is one of the most influential UK social media creators with over 10 million followers on YouTube alone. Earlier this year, Deji was able to earn his first victory in the ring when he stopped Fousey via TKO. Fousey is also a YouTuber. At this same event, named MF & Dazn X Series 1, Deji’s brother KSI boxed and won against two individuals on the same night.

This bout will add to ‘Money’ Mayweather’s busy upcoming schedule. The 45-year-old boxer earned a recent win against his former sparring partner Don Moore in May of this year. The US-born athlete will also be facing RIZIN superstar Mikurua Asakura on September 25. Additionally, Floyd Mayweather will now be looking to add another exhibition match, facing Deji in November.

Mikurua Asakura is a former Rizin Featherweight Champion and has won half of his MMA fights by way of KO/TKO. This fighter has no professional boxing experience.

Most combat sports fans seem unimpressed with the Floyd Mayweather vs Deji matchup. On the KSI Subreddit, user ‘TheDavinci1998’ commented:

“What are we expecting here realistically? Logan won 1 round out of 12 against Floyd if we’re feeling generous and he’s objectively better than Deji. Given Deji’s stamina, I think it is not going to be longer than 8 rounds and he won’t be able to have his own.”

“That’s the most boring thing ever. At least Logan could potentially knock him out considering how big he is. Deji vs Floyd is a waste of time and I doubt people actually care. I would care more if he fought Salt Papi or Joe Weller.”

“Deji Mayweather would literally be the DUMEBST fight of all time. Have they mistaked Deji as someone else? At least with Logan hes a big guy and okay MAYBE in some other universe he could KO floyd. But DEJI!?!? They could fight 10 matches in a night and Floyds winning all 10 EASY.”

The fight announcement story was initially reported by Mirror Fighting.