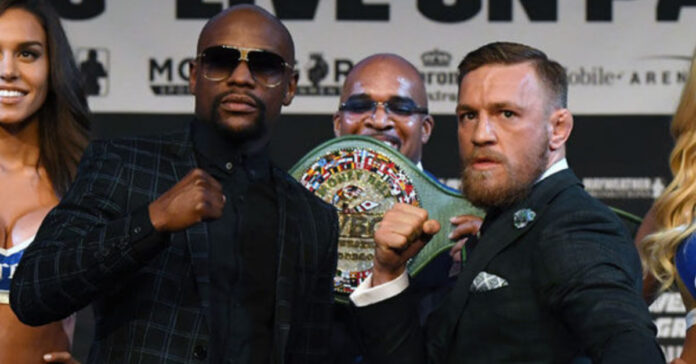 Undefeated former multiple-time boxing world champion, Floyd Mayweather, has claimed that negotiations are in the final stage for a potential rematch against former two-weight champion, Conor McGregor next year – potentially in both a professional, or an exhibition matchup.

First sharing the squared circle in a much-anticipated clash back in August 2017, Mayweather and McGregor headlined a T-Mobile Arena event over the course of 12 scheduled rounds, with Mayweather improving to 50-0 professionally with an eventual tenth round standing TKO win against the Dubliner.

In the time since, however, the duo have been linked with a potential rematch in both professional boxing and professional mixed martial arts, however, recent claims that a rematch was on the cards for next year, was quashed by UFC president, Dana White who cast the re-run into doubt.

However, Mayweather has since claimed that a second matchup with McGregor is brewing in the background, with negotiations in the final stages for either an exhibition or professional clash in 2023.

“Floyd Mayweather has now declared that a Conor McGregor rematch is in final negotiations to potentially take place in 2023,” Michael Benson tweeted. “He (Floyd Mayweather) said: “We don’t know if it’s going to be an exhibition or a real fight, but there’s been talks of both. I would prefer an exhibition.””

Speaking with The Daily Mail, Mayweather also poked fun at McGregor’s power comparing his stature, to that of a YouTuber amid a recent influx into the sport.