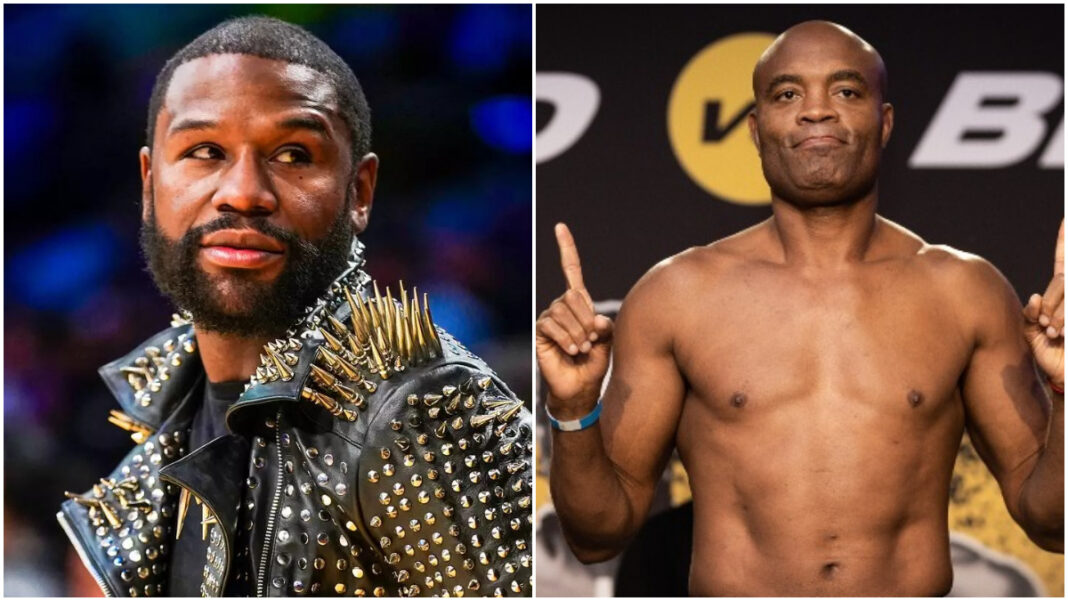 Five-time world champion Floyd Mayweather will be taking to the ring in Abu Dhabi this weekend in an exhibition match.

While the event was originally scheduled for a week prior, the four-bout card has now been moved to this weekend. It also features one of the greatest mixed martial artists of all time, Anderson Silva competing under the Global Titans banner.

Taking on his former sparring partner Don Moore in the contest, ‘Money’ will mark his third return back to action since beating the Irish superstar Conor McGregor in 2017.

In what will be the first of six events, Mayweather’s debut show in the promotion has also been moved to the Etihad Arena for Saturday night. The event was supposed to take place at the Burj Al Arab hotel helipad earlier. ‘The Spider‘ will square off against Bruno Machado in the co-main event of the night.

Floyd Mayweather will fight this weekend

Following the death of the president of the UAE, WAM, the official UAE news agency, announced that government officials have suspended “work in ministries, departments, federal and local institutions, and the private sector” for the next three days.

Shortly after WAM came out with the announcement, Global Titans issued a statement declaring the event canceled with hopes to put it together in the near future. There were rumors of the matches being pushed back a week and it seems like that’s what the organizers thought best.