LowKickMMA.com
Home Editorials Five Changes That Need To Happen In The UFC 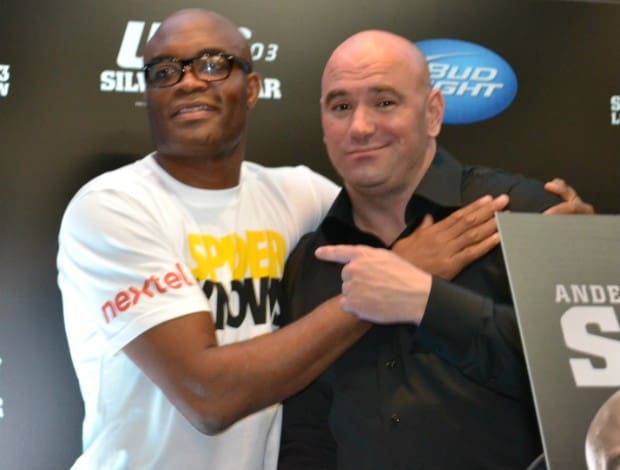 It’s been a long road for mixed martial arts, starting as little more than two men in a cage or ring facing each other in a bare knuckle brawl, the sport has transformed in to a more controlled and mainstream attraction. To many it may still be a bit of a guilty sin to watch the odd bloodbath every now and again, but there are those that follow the game avidly, present company included. The UFC is undoubtedly the pinnacle of any modern fighter’s aspirations, at least for the most part, and has grown from humble beginnings to the polished product that attracts tons of attention and money worldwide.

For all the highlight reel finishes, highs, lows and jaw dropping moments the world’s most well known MMA organization produces, it is still a young sport. Labelled ‘the fastest growing sport in the world’, perhaps it’s time for some big changes now that the UFC is nearing a quarter century since their founding in 1993.

Check out the list of Five Changes That Need To Happen In The UFC: 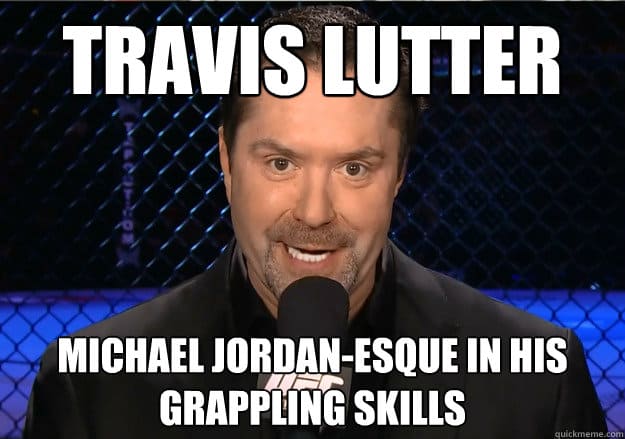 Long time UFC commentator Mike Goldberg has been party to some absolutely amateur comments. Perhas you could understand if he was new at the job, but this is a guy who’s been calling combat sports for nearly 20 years now. ‘Goldy’ is also versed in pro/college football, most notably getting released by NFL on Fox for his obscene response to criticism of his 2014 regular season commentary.

I know what you’re going to say, yes, I agree that you shouldn’t fix something that isn’t broken, and Joe Rogan and Goldberg do make a good duo, but don’t tell me that there isn’t a better match out there.

Don’t believe me? Check out a few of ‘Goldy’s’ all-time classic bloopers below:

“If Jardine’s last name were Johnson, the nickname Dean of Mean would make no sense.”

“You know Joe, When Matt and his brother Mark Hughes were growing up they would pound each other behind the barn!”

“Tito taking a book out of Chuck’s chapter.”

Goldberg: “Aaron Simpson is the thirty something Randy Couture of the forty something crowd.” Rogan: “hahaha, what???””

Ah screw it, here’s a damn video full of them!

4. Champions Must Defend Within One Year

The list of UFC champions that have sat dormant and held up the promotional ranks is astounding. Perhaps the most notorious bench warmer in recent years is former UFC heavyweight champion Cain Velasquez. The Mexican bomber won the title back in 2010, before sitting for one year with injury and losing it to Junior Dos Santos in his first defense. Winning the belt back from ‘Cigano’ at UFC 155, CV would go on to put hs belt on the line just three times over the next 36 months. His last injury stint was nearly two years long.

Perhaps Jose Aldo is on the fringe of this conversation, averaging just 1.75 title defenses per year since joining the UFC, but Anthony Pettis was a much more fitting example during his reign as UFC lightweight champion. Averaging only one fight per year from his UFC 164 title win over Benson Henderson to his eventual relinquishing of the belt against Rafael Dos Anjos at UFC 185, ‘Showtime’ jammed up the line of contenders for too long. So what’s the solution?

Take away interim belts, and make a mandatory 12-month defense period for the champions. As fun as it was watching Conor McGregor and Chad Mendes exchange barbs in the lead up to UFC 189, Jose Aldo was the man meant to face ‘The Notorious’. Injuries happen, we know that by now, but surely guys would train smarter and more would be spent on fighter preservation in the gym as opposed to ‘stone age’ training leading to multiple disappointing injuries and chaos in the divisions.

Stripping a champ of their belt due to injury or other unfortunate circumstances may seem harsh, but surely just granting them an instant title shot upon their return is fair enough, right? Maybe certain exceptions could be made in special cases, but truth be told, aren’t we all getting tired of seeing junior titles getting passed around? 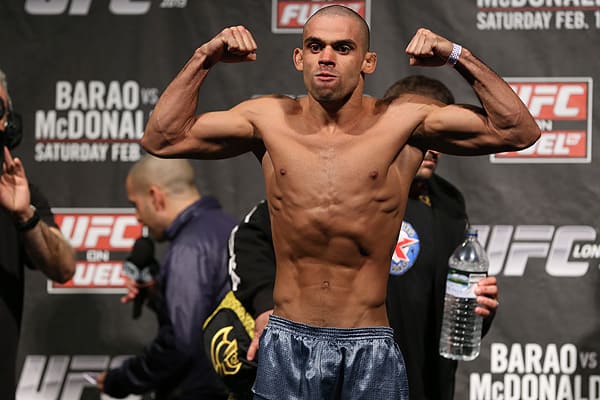 We aren’t talking about diluting the UFC with hundreds of weight classes like boxing, there is more at hand than just money and exposure here, although that does come in to play. We’ve been talking a lot about dangerous weight cuts lately, IV rehydration and oversized or undersized fighters for each division. We are fortunate enough to have never witnessed a death in the UFC from weight cutting, but it has happened elsewhere in lesser known organizations. Same-day weigh-ins seem to be very unlikely, so how about introducing a couple more weight categories?

Who knows, perhaps average contenders will become bright stars with the option of side-stepping divisions that simply don’t work for them. The lower weight classes are packed to the brim with options, with just 10 pounds between flyweight and bantamweight, bantamweight and featherweight and featherweight to lightweight, fighters get the opportunity to utilize their physical advantages a lot more than the heavier divisions. Between middleweight and light-heavyweight is a whopping 20 pounds and there’s 60 pounds between the 205 & 265-pound limits.

As well as improving fighter safety during weight cuts, this would benefit the promotion by having more title fights, champions and events to promote on PPV (pay-per-view). Also, surely there is room for more than two women’s divisions by now, what about featherweight for WMMA?

Here’s a hot topic that just won’t quit, and it’s mostly for the wrong reasons. When it was initially announced that the UFC would partner with sports apparel giant Reebok, the early rumblings were that this was a ground breaking deal that would elevate the promotion and it’s athletes to previously undiscovered heights. In what could have been Zuffa’s biggest gift to their hard working employees in the octagon, someone in the office dropped the ball on this deal.

The details surrounding the landmark deal were slow in coming out and, when they eventually did, eyebrows were raised. Multiple fighters, including UFC featherweight champion Jose Aldo, told of how the deal would cripple the middle/lower tier fighters financially and massively benefit the UFC brass. Athletes who were previously making a reported $100,000 per fight in sponsor pay were suddenly being tied to peanut payments based on their number of octagon appearances. This is all before you consider the actual calculations behind the some-$70 Million deal.

Of course there is the opinion that the deal enhances the UFC’s presence, also that fighters are to receive merchandising pay based on product sales, and that everyone should basically ‘stop bitching’.

Individuality or hand cuffs? Whichever side you take, it’s clear that the fighters aren’t getting their due on this one. 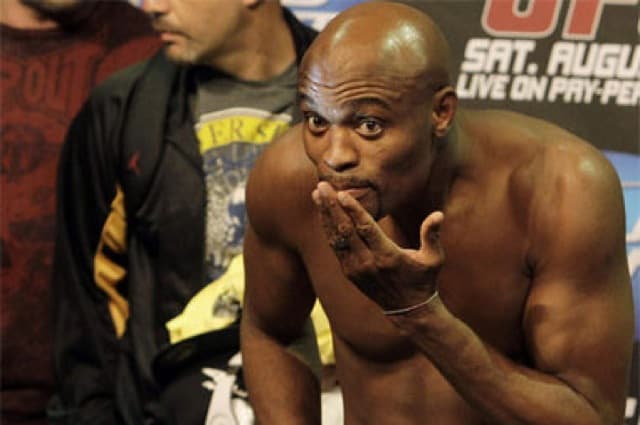 There’s a reason that Anderson Silva is featured in the poster for this category, and that’s because his recent steroid scandal is about as up in the air as the UFC’s current drug testing policy. The recent mandatory two-year ban hasn’t exactly acted as a deterrent, and it’s hard to stand by such punishments when not only Anderson Silva passed and failed drug tests on the same night, but so did his UFC 183 opponent Nick Diaz. I could probably end the argument here, but there’s more to be said on the subject.

Steroids in MMA are a true cancer of the sport, as are drug use overall, but the enhancement a fighter receives by taking HcG (human growth hormones) or any anabolic steroids in general is both overwhelming and extremely dangerous. It’s damaging to the public perception of MMA, has likely hindered the UFC’s quest for legalization in NYC, and could potentially be deadly given the right circumstances. What’s to say that if we were unlucky enough to witness the first death in the UFC cage, and the ‘winner’ fails post-fight drug tests for steroids, that person wouldn’t be charged with murder? Here-in lies the point at hand, these tests need to be unquestionable, because there is simply so much on the line.

Once that level of integrity has been reached, there’s absolutely no reason that offenders shouldn’t receive a lifetime ban. That may be a long way in the distance right now, but it is most certainly the most pertinent change that the UFC, albeit eventually, needs to make.

Thanks for reading, and stay tuned to LowKickMMA!