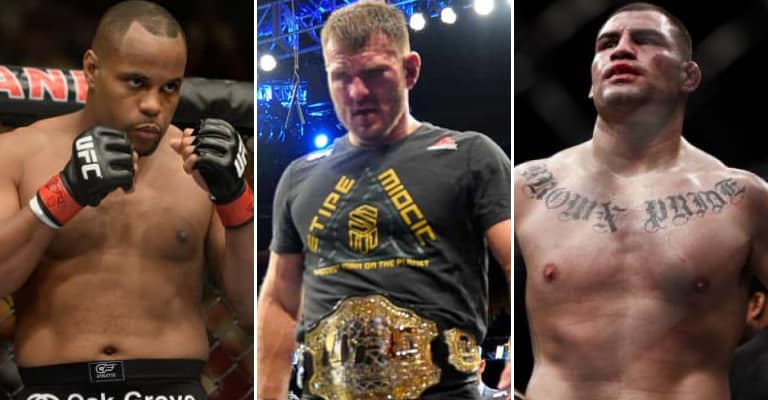 UFC 220 was a hard lesson learned for all involved, from fans to fighters and UFC brass themselves.

Two extremely hyped contenders got beat down and demoralized, while the incumbent champions didn’t get the respect they felt they deserved.

In hindsight, Volkan Oezdemir was not ready for Daniel Cormier, and the same can be said for Francis Ngannou with Stipe Miocic.

Even so, there are so many excellent fights to make after Saturday night, so without further adieu, let’s have a look:

Ngannou fell short in his title shot against Stipe Miocic, but given his age and experience level, it’s fair to say he will certainly compete for the title again.

Derrick Lewis and Ngannou have traded barbs ever since “The Black Beast” beat Travis Browne and his subsequent loss to Mark Hunt. Ngannou has trolled Lewis online, saying a fight with Lewis would not bring him closer to a title shot. Well now that he’s had his shot, this is the perfect fight to make for both men, provided Lewis emerges victorious against Marcin Tybura next month.

The heavyweight division is indeed bereft of top-level contenders, and a win here for either man could catapult them back into contention.

And not for nothing, but a fight between the two would absolutely satisfy the “Just Bleed” crowd. Both of these men are harbingers of unbridled violence.