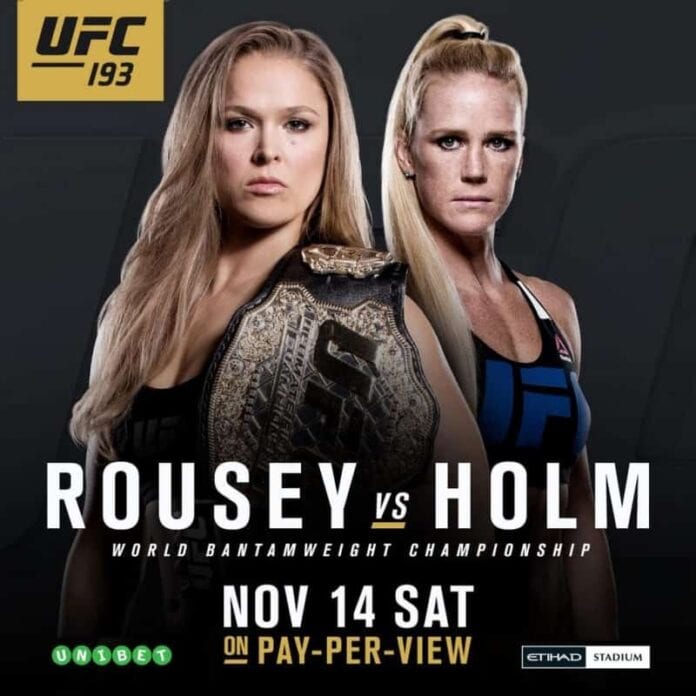 UFC officials have finalized the card for their next pay-per-view event (UFC 193), and we have the details.

There will be four preliminary bouts airing on UFC Fight Pass starting at 6:15 pm.EST then four more on FOX Sports 1 starting at 8:00 pm.EST. The main card will air on pay-per-view starting at 10:00 pm EST.