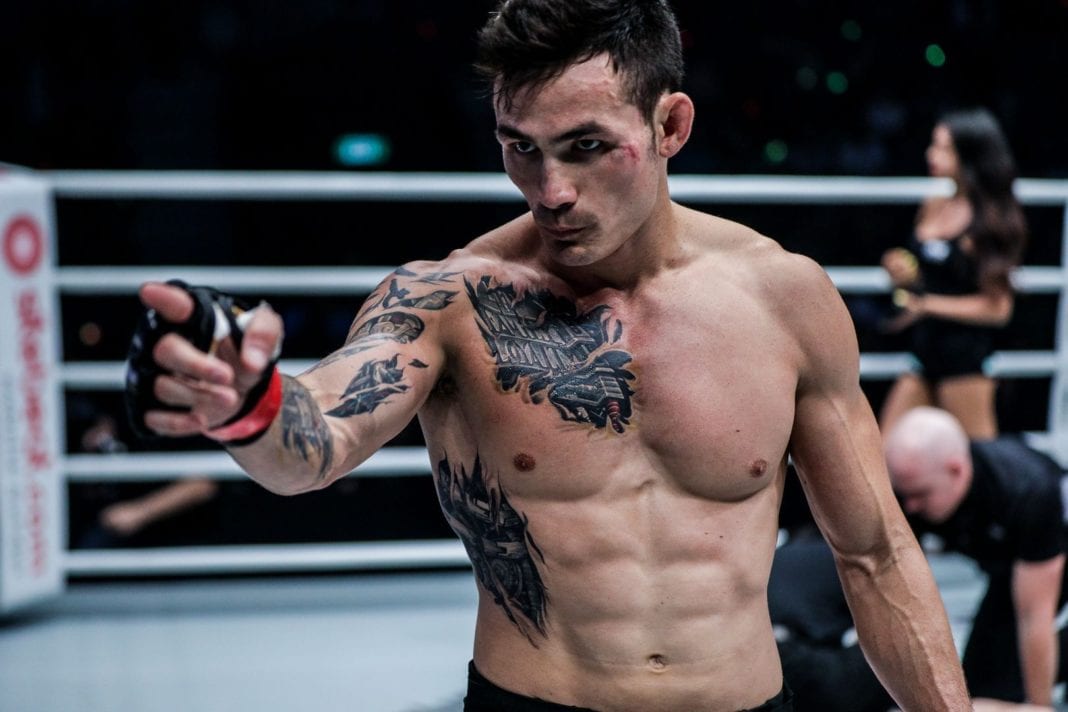 Since arriving at ONE Championship, Louisiana’s Thanh Le has lived up to his reputation as an electric striker. Le’s three appearances inside the ONE Circle have resulted in highlight-reel victories for the former LFA Lightweight Champion and have earned him a shot at Martin Nguyen’s featherweight title.

The ongoing coronavirus pandemic has forced ONE to shut up shop temporarily, but the promotion is aiming to be up and running shortly. The company has a backlog of fights waiting to take place, but arguably the most anticipated is the Nguyen-Le clash.

Nguyen’s relocation to Sandford MMA, where he trains under the highly-regarded Henri Hooft, has seen the 31-year-old reach new heights as a martial artist, and it’s the Nguyen-Hofft dynamic that has Le’s competitive juices flowing.

“Basically, I’ve got [two] matchups me vs. Martin and me vs. Coach Hooft. So we will see how that plays out,” Le said when speaking to LowKickMMA.

“It’s really easy to get excited for a team like that. In football, you have the Brady-Belichick thing that gets guys amped up. You know that those two guys are going to get everybodys best when they look at the schedule, and they see their matchup with those guys. That’s the week they are preparing for, that’s the leadup that’s the apex.

“It’s really cool to go against a team like that. They obviously work well together, both guys do their thing extremely well, so it’s cool to see how that has matured and evolved as fighter-coach get closer and closer. It’s going to be interesting.”

Le’s promotional debut saw him paired with Russian submission artist Yusup Saadulaev. In the opening stanza, Saadulaev — who is currently ranked No.3 in the ONE bantamweight division — took Le to the ground but found himself frustrated by the Vietnamese-American before being stopped in the second.

It was an impressive performance from Le. One which demonstrated that behind his stand-up pyrotechnics is a well-rounded fighter capable of mixing it up wherever the fight lands. Nguyen will be aware of Le’s strengths and will no doubt be working on a gameplan to unsettle the latest challenger to his throne.

“I see it [the fight] going a couple of ways,” Le said when talking about his matchup with Nguyen.

“I know Martin is confident in his ground-game and his wrestling and obviously his striking and his knockout power. I think they hang their hat on having that right hand connect. What I think is going to throw a little bit of a loop for them is that I am not very easy to hit.

“We do a lot of movement a lot of playing at different ranges. I think they are going to come and try and see if that right hand can land, but when that doesn’t connect right away, and I start playing with different ranges, I am interested to see where they decide to go and that’s something my coaches and I are keeping close to the chest.

“If he wants to try and bring some pressure and tire us out and attack us in the later rounds, awesome. If he wants to bring it to the ground and see what we have there, we 100 percent welcome that. It’s a pretty cool dynamic.”

Le has the name of his next opponent, now all he is waiting on is the date and location of the fight. The fact that Singapore has started lifting its restrictions means that hopefully he will not be waiting too much longer.