LowKickMMA.com
Home Interviews Exclusive: Julian Erosa is willing to move to 155lbs for a rematch... 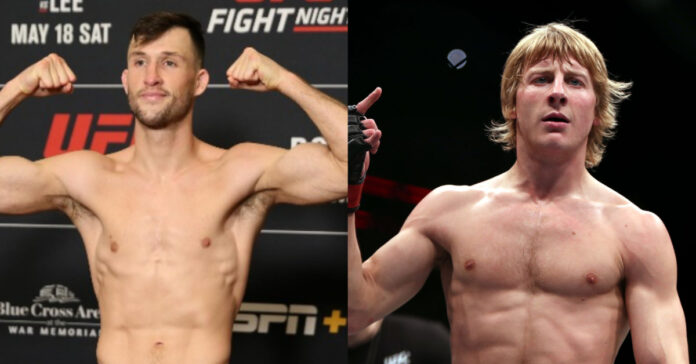 Ahead of his upcoming bout against Hakeem Dawodu, UFC featherweight Julian Erosa has revealed he would be willing to make the move to 155lbs to face off with Paddy Pimblett for a second time.

Julian’s most recent fight was a split decision victory over Steven Peterson. This victory saw Julian Erosa extend his winning streak as he moves to 4-1 in his last five fights. This bout has been lauded by many as an underrated contender for fight of the year as fight fans began to develop a newfound respect for ‘Juicy J.’

With a win over Dawodu, it’s very hard to deny Julian Erosa a shot at the top 15 or beyond with an overall record of 27-9

During a recent exclusive LowKickMMA interview, Erosa also expressed a desire to rematch UK star Paddy Pimblett, stating: “I would love to fight paddy and I wouldn’t mind fighting at 155. I know I’m just a featherweight, he says that I’m big enough to move up and fight him up there. I think that’s more of an excuse on his end. But then again the guy balloons up pretty big so I can see how it’s really hard to make featherweight anymore, so I would fight him, he’s one of the exceptions that I would find at 55lbs. I want to stay at featherweight as much as I possibly can, but he’s one of those exceptions and I would fight him.”

Julian Erosa makes a prediction for his bout vs Hakeem Dawodu

In what promises to be a fantastic fight, both men will be looking for a win which could be the big step toward breaking inside of the UFC top 15.

Julian Erosa predicts this fight to end in the 3rd via submission or ko stating: “First things first, I got to beat Hakeem at the end of the day. I wanna pressure him. I want to break him throughout the fight and get a TKO or submission in the third round”

This fight is guaranteed fireworks and will definitely be a contender for fight of the night.