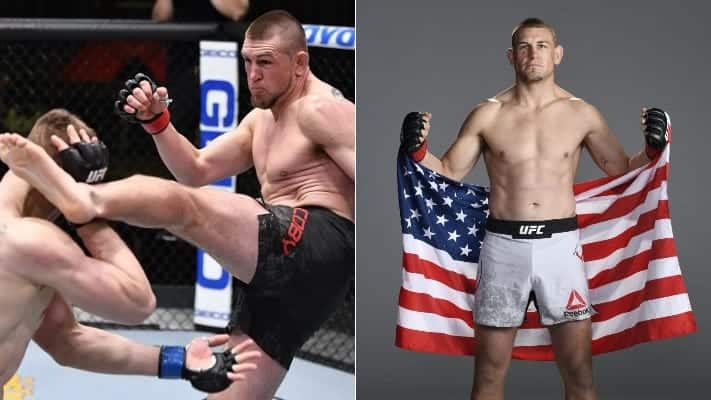 UFC light heavyweight prospect, Dustin Jacoby, recently picked up an impressive decision victory over a crafty veteran in Maxim Grishin. That brings Jacoby to a 2-0 record during his second tenure in the UFC, and ‘The Hanyak’ doesn’t plan on slowing his momentum any time soon.

An Interview With The Hanyak

Jacoby recently sat down with LowKick MMA to discuss his impressive win, and to reveal what the future holds for the promising light heavyweight. On discussing the fight against Grishin, Jacoby had the following to say:

“For the most part I felt the fight went as expected. Max is a very durable, gritty, tough veteran. He’s got a lot of great wins on his record.. I knew it was going to be a very hard fight. I’m very proud of myself. I think I showed a lot of grit. I thought I showed a lot of veteran status. I’m very happy to walk away with the victory.”

Jacoby also raised the point that he is not only an MMA fighter. He also has extensive experience and accolades in the world of kickboxing.

With back to back UFC wins for Jacoby, as well as a contender series victory, he believes that he is now in a strong place in regards to the rest of his division.

“I think all of that hard work is really starting to pay off right now. I think timing is everything and I’m in a really good position right now. I’ll just continue to climb the ladder, to climb the ranks. I got into the top ten in Glory Kickboxing, all the way to number two in the world. And fought for a world title against Simon Markus who is one of the best in all of Glory.”

“That shows me that I can get into the top 15. I think I’m knocking on top 15’s door in one or two more fights. I’ve done it before, I don’t see why I can’t do it again. I’m super excited to be where I’m sitting in my career.”

Who would you like to see Dustin Jacoby fight next? Let us know in the comments.