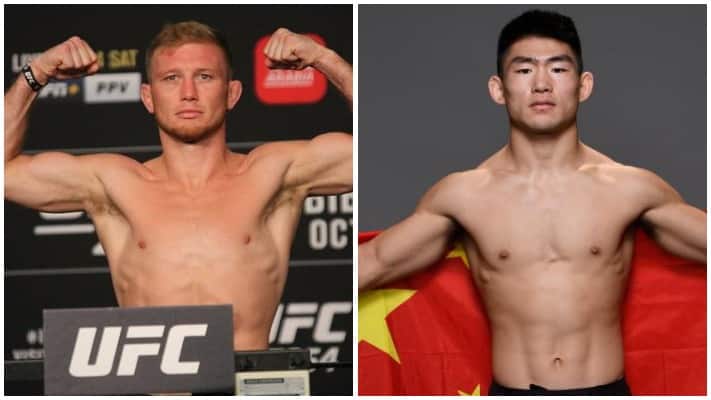 Casey Kenney wants to become the first man to stop Song Yadong inside the Octagon when they square off at UFC 265.

In an interview with LowKickMMA, Kenney spoke with excitement about the prospect of fighting in front of fans again at UFC 265 which will take place in front of live crowd at a venue yet to be disclosed.

“You guys see how I fight, especially this fight coming up,” Kenney said. “Song Yadong, he comes forward, throws down and that’s the fight with fans. You get a fight like the Nathaniel Wood and I or even Dom you know, with fans in there, the place is going to be electric. (It’s) a similar Casey Kenney you’re going to see out there, but you know, a little fan boost never hurts anyone. It’s going to be a good energy.”

The 30-year-old thinks his style meshes well with Yadong’s and if the Chinese fighter can stand up to his power they are destined for a Fight of the Night bonus cheque.

“I always say my style, if you survive, it’s going to be fight of the night,” Kenney said. “He’s got a similar style, so I think that’s Fight of the Night written all over it right there.”

Ultimately though, Kenney doesn’t think that’s how his UFC 265 fight will play out.

“I’m looking for a finish man, you know, they don’t pay by the hour in there and I’m due a finish,” Kenney said. “I don’t think he’s been finished in the UFC, so I’m looking to put Song away and be the first guy to finish him in the UFC.”

Do you think Casey Kenney will get back in the win column when he squares off against Song Yadong at UFC 265?