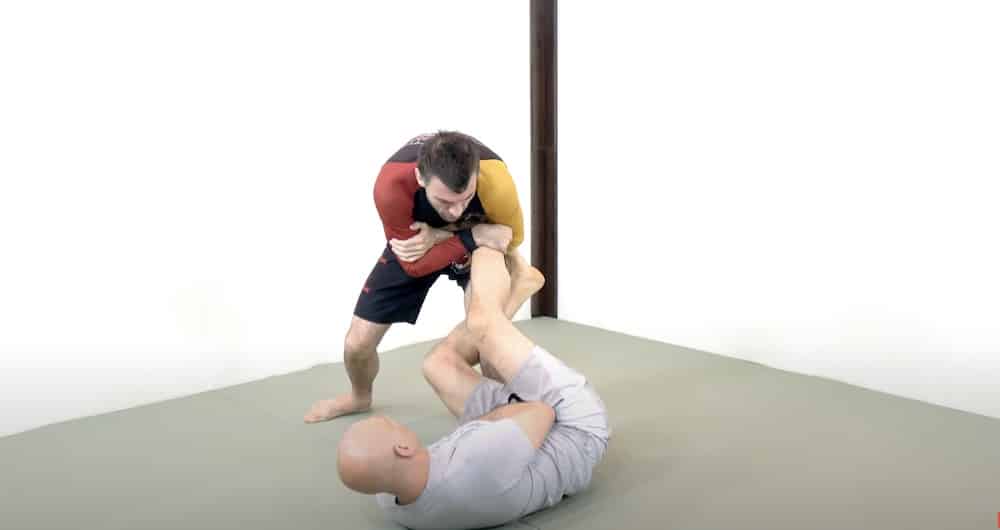 Out of all of the footlocks that are used in BJJ, the Estima lock is the most unsuspecting. Once you’re put in it you never want to make the mistake of putting your foot in the wrong place again.

The Estima lock is still a fairly new technique, but since its inception has proven to be quite effective. Let’s dive into the Estima lock and detail everything about this great submission.

We’ll start by detailing how the Estima brothers developed it and how it works. Then we’ll go into a few of the setups to hit the Estima lock and list tips for locking it in.

Who came up with the Estima lock?

The two grapplers credited for coming up with the submission are the Estima brothers, Braulio and Victor. In 2009, Victor was helping Braulio train for the ADCC championships and sort of discovered the submission during a sparring session.

Victor kept having problems whenever Braulio would do inversions and was looking for a way to counter this movement. After being submitted at the Rio Open by a footlock, Victor began training them more and began looking for them.

Victor sort of fell into the submission when Braulio put his foot on Victor’s midsection. He immediately trapped the foot to his body and was able to crank his brother’s foot to get the tap.

Neither brother had seen that submission before, so they started working on how to set up this footlock. What they created would become known as the Estima lock.

At the 2009 ADCC tournament, Braulio would test the move in competition and it was highly effective. Braulio would submit Rafael Lovato Jr with his new submission on the way to winning the championship.

Two years later, Victor really made the Jiu Jitsu world take notice of the Estima lock. Submitting all of his opponents at the 2011 No-Gi Worlds with this submission.

Today the Estima lock is highly popular within grappling and is regularly used within the biggest BJJ tournaments.

How does the Estima lock work?

Once you lock this submission on it comes on fast with little to no time to defend. Your opponent will quickly tap out and be annoyed that they let themselves get caught.

Braulio Estima gave the best advice for those looking to learn the lock. He said that you should not pursue your opponent’s foot and instead let it come to you.

You cannot chase the submission, because your opponent will know not to expose their foot. The best way to get the Estima lock is to go for something like a pass and let them give it to you.

You can set it up many ways, but the main thing is getting your opponent to expose their foot. Once they place their foot on or near your midsection, you have a shot at the Estima lock.

Let’s say you got your opponent to place their foot on your midsection. From here, you just have to trap their foot to your body.

Trap their foot by hooking your wrist under their achilles, grabbing your bicep, and locking your top arm on their foot. Now you have their foot trapped and can go into the finish.

Finish the Estima lock by falling back, trapping their leg,and turn their heel up. Putting immense pressure on their feet and forcing them to submit.

The Estima lock is a great way to counter an opponent going for a lasso guard. When they go to loop their leg inside of your arm, close your elbow to block the lasso.

When you do this puts their foot in between you and them, but this probably won’t be enough to make them give you their foot. To have a better chance at getting the submission, you should fake a knee slice pass.

Grab their lapel and drive your knee across their leg and be sure to give a lot of pressure. This will make your opponent uncomfortable and defend by trying to kick you away.

Once they try to push you away with their foot, this is your moment to really trap their foot. Lock their foot to your body, fall back, and turn their heel up to get the submission.

Estima lock of in & out pass attempt

If you know how to do the in & out pass, you can get a really tight Esitma lock off of an attempt. Start by looping your arm under your opponent’s ankle and either grabbing their belt or pants.

Once you’ve got this grip, you quickly jump to the side and drive forward. When you drive forward this presses your opponent’s leg into your midsection.

You can either lock on your grip and finish from there or raise up and really put on heavy pressure,

When they do this when you’re standing, hook under their leg and crunch your abdomen down. It’s very important to crunch down to trap the opponent’s leg in place.

With their leg trapped, lock on your grip and turn their elbow up.

The Estima lock may seem hard to defend, but you just need to recognize when it’s coming and defend. If you stay static and let your opponent sink in their grip it’s probably done, so you need to act fast.

Once you see your opponent going for the footlock, you need to start spinning inward. Much like you would do in a berimbolo roll.

Quickly spin out of danger and start your own attack.

Tips for doing the Estima lock

The Estima lock can be easy to get, but you can’t miss a single detail when going for it. Here are some tips for doing the Estima lock. 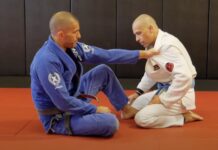