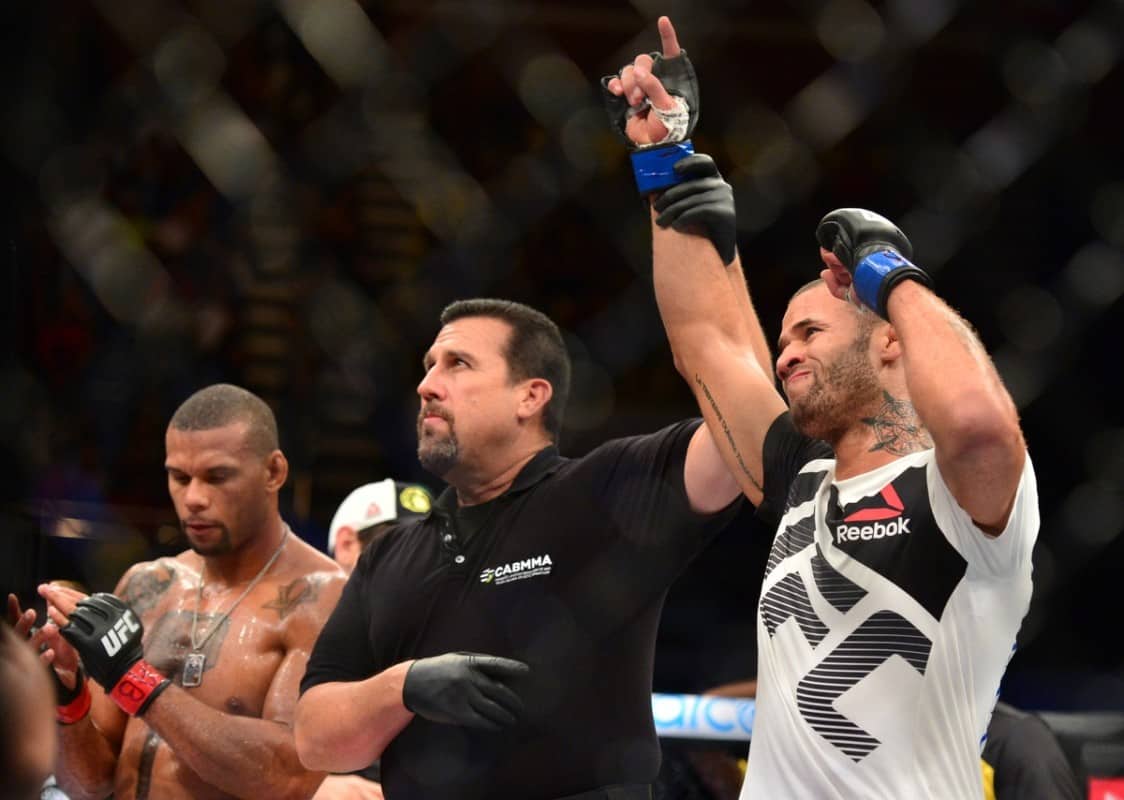 After a disappointing first round TKO loss at the hands of Gegard Mousasi at UFC 200, Thiago Santos (13-5) looked to rebound at UFC Fight Night 95. Sharing the Octagon with him was fellow middleweight Eric Spicely (9-1).

Santos stuffed Spicely’s shot early and earned top control. “The Dream Catcher” went for an omoplata, but Santos escaped and the fight returned standing. Spicely took his opponent down. He eventually took the back of “Marreta”  as he tried standing up and forced the submission in a big upset.