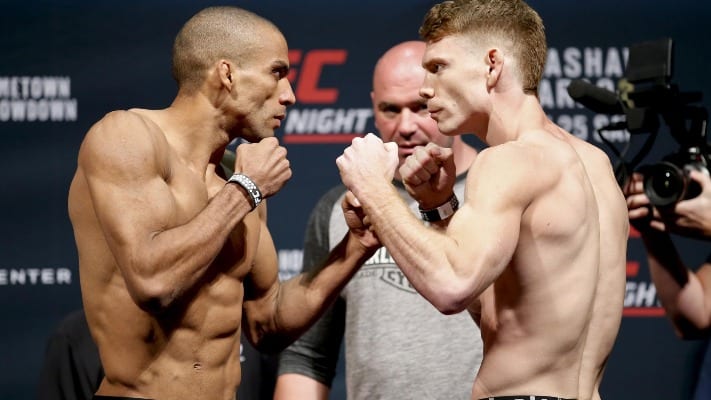 The UFC 242 pay-per-view (PPV) card in Abu Dhabi is shaping up rather nicely.

Apart from a lightweight title fight main event between Khabib Nurmagomedov and Dustin Poirier, another big 155-pound bout is eyed for the card. MMA Junkie reports that a rematch between Edson Barboza and Paul Felder is being looked at for the September show.

UFC 242 goes down on September 7 from The Arena, Yas Island, Abu Dhabi. Check out the updated card below:

What do you think about a rematch between Barboza and Felder in Abu Dhabi?