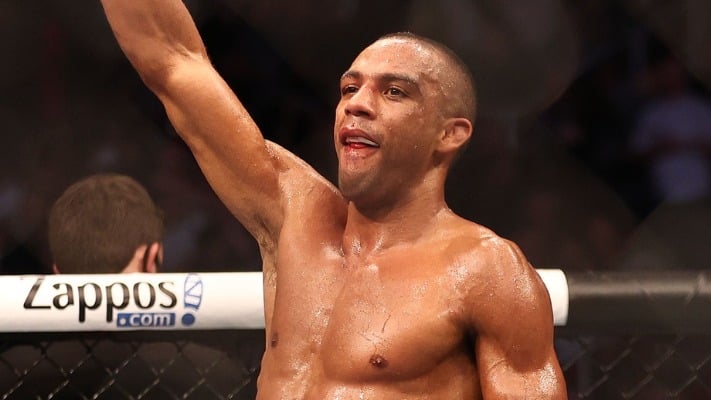 It’s sometimes hard to believe that UFC featherweight Edson Barboza is 35 years old and still competing against MMA’s elite fighters, especially after making the move from lightweight to featherweight so late in his career.

Regardless, the weight cut has largely paid off, with back-to-back wins entering his upcoming UFC Fight Night main event against Giga Chikadze.

Barboza has competed against some of the best of the best that the UFC has had to offer; including lightweight bouts with Justin Gaethje, Paul Felder, and former UFC lightweight champion Khabib Nurmagomedov. After his third-round knockout over Shane Burgos at UFC 262, Barboza is climbing the ladder and moving closer to title contention once again.

In a recent interview with LowKickMMA’s James Lynch, Barboza explained his reasoning for making the main focus of his career having exciting fights in the UFC octagon.

“I’m looking for a war. Every time I step in there, I’m ready for war and to throw some bombs.”

Barboza faces Chikadze, a rising contender at 145 pounds who has won eight straight fights including a vicious knockout over Cub Swanson at UFC on ESPN 23.

A win over Chikadze would put Barboza back in the title hunt after an up-and-down run at lightweight. UFC featherweight champion Alexander Volkanovski will face Brian Ortega at UFC 266 next month, and Barboza has the opportunity to face a top contender in his next bout if he’s able to put on a show-stopping performance against Chikadze.

What is your prediction for Edson Barboza vs. Giga Chikadze?