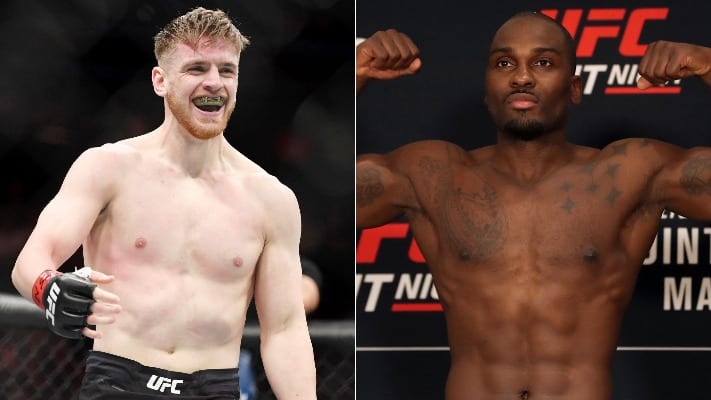 A very interesting middleweight matchup has been added to the UFC 248 pay-per-view (PPV) event.

According to a report from the Las Vegas Review-Journal, No. 9-ranked rising prospect Edmen Shahbazyan will be taking on No. 8-ranked middleweight veteran Derek Brunson. This is a phenomenal matchup that will see Shahbazyan, who has been turning a lot of heads as of late, take on an established veteran in the division in Brunson, who is on a two-fight win streak.

Shahbazyan is undefeated in his mixed martial arts (MMA) career with a record of 11-0. All but one of his Octagon appearances have ended via finish, with his last fight against Brad Tavares ending with a first-round head-kick knockout win. Now, Shahbazyan will get the opportunity to test himself against a dangerous opponent such as Brunson.

Brunson is currently on a two-fight winning streak over names such as Elias Theodorou and Ian Heinisch, winning both bouts via unanimous decision. This was before a two-fight losing streak to top names such as Ronaldo “Jacare” Souza and current UFC middleweight champion Israel Adesanya. Brunson has been with the UFC since 2012, at one point racking up a five-fight win streak before being stopped by Robert Whittaker.

Now, he’ll get the chance to end the hype train of Shahbazyan, who many expect to be an eventual middleweight title challenger down the line. UFC 248 will go down live on pay-per-view (PPV) from the T-Mobile Arena in Las Vegas, Nevada on March 7, 2020. The card is expected to be headlined by a middleweight title fight between defending champion Israel Adesanya and Yoel Romero.

What do you think about the matchup between Shahbazyan and Brunson? Who are you picking?