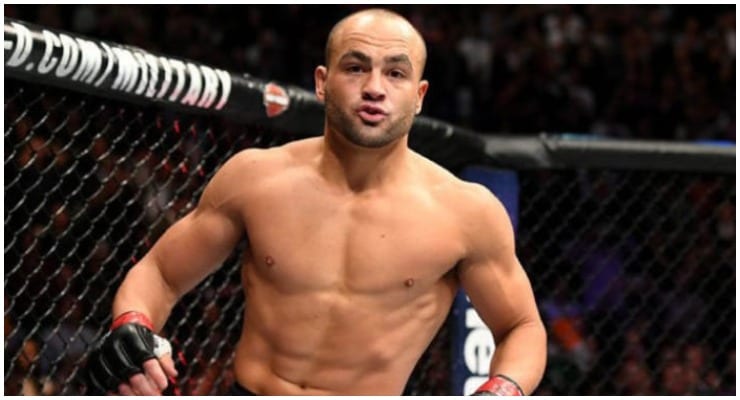 Eddie Alvarez still believes he’s the only one who can defeat Khabib Nurmagomedov.

Following the events of UFC 257 this past weekend, Dana White revealed it was unlikely that Nurmagomedov would return to mixed martial arts action.

That means “The Eagle” leaves a legacy as one of the greatest fighters of all time who never tasted defeat at the highest level of the sport.

Even if he did return to action, it’s hard to see any lightweight causing him trouble. However, ONE Championship‘s Alvarez believes he is that fighter.

Having long claimed he was the one to inflict Nurmagomedov’s first defeat, “The Underground King” expanded on why he felt he would be able to do what 29 other men were unable to.

“Neither am I. I’m not overly great at anything. You say ‘What is Eddie great at?’ I’m not great at anything. I’m not a great striker, I’m not a great wrestler or great jiu-jitsu guy. I’m athletic, I have a strong spirit, a strong heart, and I will fight, I’ll fight to the death.” Tibau had a great, solid gameplan, and he arguably won that fight. He was able to match Khabib’s strengths, he was able to throw good, straight shots, and he was able to negate a lot of Khabib’s wrestling.

“That’s what I’m able to do against virtually every opponent I’ve fought. Styles make matchup, and anybody who’s in this sport at a high level knows that. I just think that matchup in general would have been something special.”

It’s a fight that could have even happened in 2016 only for McGregor to leapfrog Nurmagomedov and defeat Alvarez on his way to becoming the first simultaneous two-weight champion in the UFC.

But for now, we’ll never know what would have happened if they did collide.

Do you think Alvarez would have posed problems for Nurmagomedov? Or would it be business as usual for the latter?