LowKickMMA.com
Home MMA News Eddie Alvarez Is The Latest Fighter To Speak Out Against Joe Silva 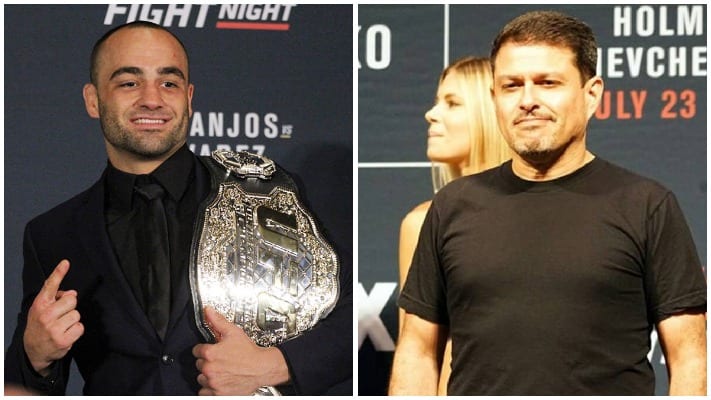 Former UFC lightweight champion Eddie Alvarez has joined a plethora of current and ex-fighters who are speaking out against longtime UFC matchmaker Joe Silva. The likes of Sam Stout, Mike Pierce, and Roland Delorme have shared the negative interactions they endured with Silva. Alvarez has now shared his story on social media.

‘The Underground King’ initially took to Twitter to tease fans about a run-in with the former UFC matchmaker, he wrote.

“While the Me too movement on Joe Silva continues …I got an incredible Joe Silva story myself but my momma always told me that if ‘I ain’t got nuttin good to say, than don’t say nuttin at all.”

Alvarez quickly caved and claimed Silva had humiliated him in front of a large group of people, he recalled.

”Ok ok…. So I am in the restaurant of a hotel a few weeks after the Anthony Petis fight eating by myself and next to me is Joe Silva with a group of buddies and I believe Sean Shelby they are having some drinks. I never interacted with Joe but I took the time to introduce..”

“Next I ask who my next opponent could possibly be and half joking half serious ask for the champion if he’s available…. Joe took the opportunity to tell me with the way I am fighting I’ll never get a title shot as long as he’s around, they all laugh….“

“At this point I am completely embarrassed, I want to hurt him but I just joined this promotion and this guy pretty much makes the rules. The funny part was he was standing and I could of swore he was fully seated. So I took the high road and went to my room in a rage.”

Despite Silvas statements to the contrary, Alvarez got his title shot quickly after although the UFC matchmaker wasn’t the one to call him with the good news.

“I get a call a few weeks later from Dana not Joe asking for the RDA fight…. I thought wow this one must of went over Joe’s Head. Joe 4 foot a lot of things. So I get the fight I wanted and Joe didn’t want. I KO RDA and win the world title in the 1st round. As I make my….“

Alvarez ends his story by recalling his interaction with Silva after claiming UFC gold.

”Out of the ring and in the back guess who is the first guy standing there… Yes Joe Silva…. No congrats no good job just a bitter angry small little man. I said nothing, nothing needed to be communicated I just a wink. Success is how you destroy your enemies.”

What do you make of Eddie Alvarez and his story about former UFC matchmaker Joe Silva?