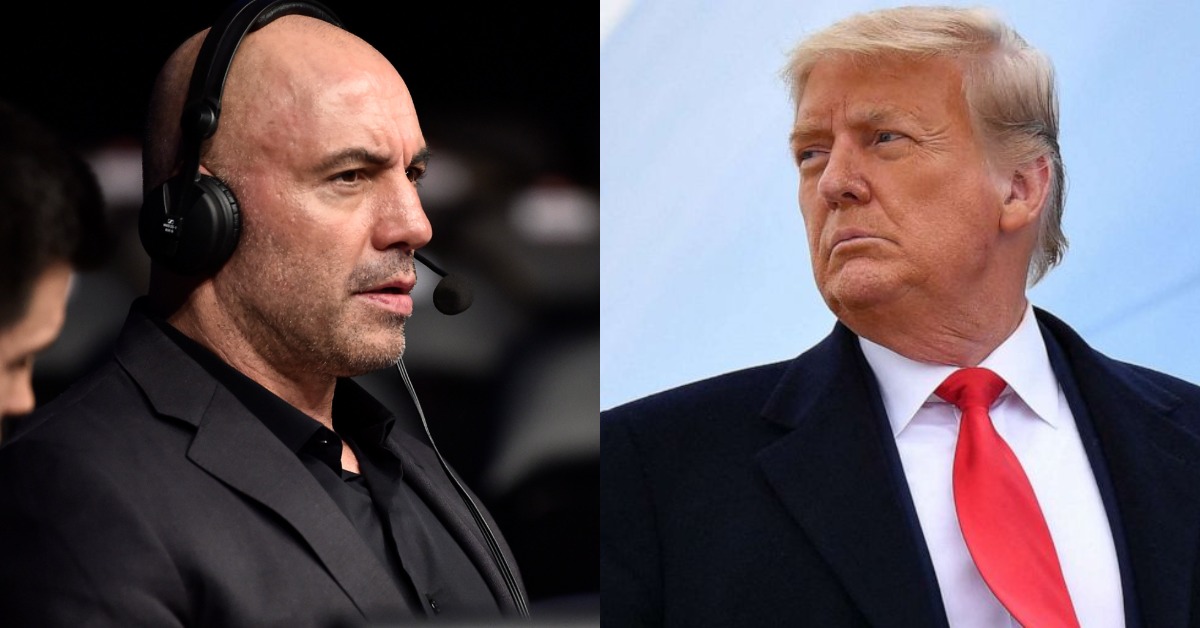 Former U.S. president Donald Trump has spoken out on the recent Joe Rogan controversy surrounding his past use of a racial slur.

Rogan has been under fire from all sides over the past couple of weeks surrounding his use of the ‘N-Word’ during a series of past JRE podcasts. He’s also been criticized for allegedly promoting misinformation surrounding the COVID-19 vaccine.

Spotify has since spoken out against Rogan’s past use of the racial slur but will not cancel him and his podcast. Rogan signed a nine-figure contract with Spotify last year to stream his podcast exclusively on the platform.

Shortly after the video of Rogan’s past racial slur use when viral on social media, he apologized on his Instagram page. After getting word of Rogan’s apology, the former U.S. president put out a statement against Rogan asking for forgiveness.

“Joe Rogan is an interesting and popular guy, but he’s got to stop apologizing to the Fake News and Radical Left maniacs and lunatics,” Trump said. “How many ways can you say you’re sorry? Joe, just go about what you do so well and don’t let them make you look weak and frightened. That’s not you and it never will be!” (h/t MMA Junkie)

Last month, top musical artists such as Neil Young and Joni Mitchell asked to be taken off Spotify after Rogan’s comments regarding COVID-19. The list of artists has only grown in recent days since the viral racial slur video was shared on social media.

Rogan is still expected to be on the UFC’s commentary team for the upcoming UFC 271 pay-per-view card in Houston, TX. The card is headlined by a middleweight title rematch between Israel Adesanya and Robert Whittaker.

The attacks on Rogan have been described by some as a political hit-job looking to remove him from public discourse.

What are your thoughts on the latest Joe Rogan controversies?