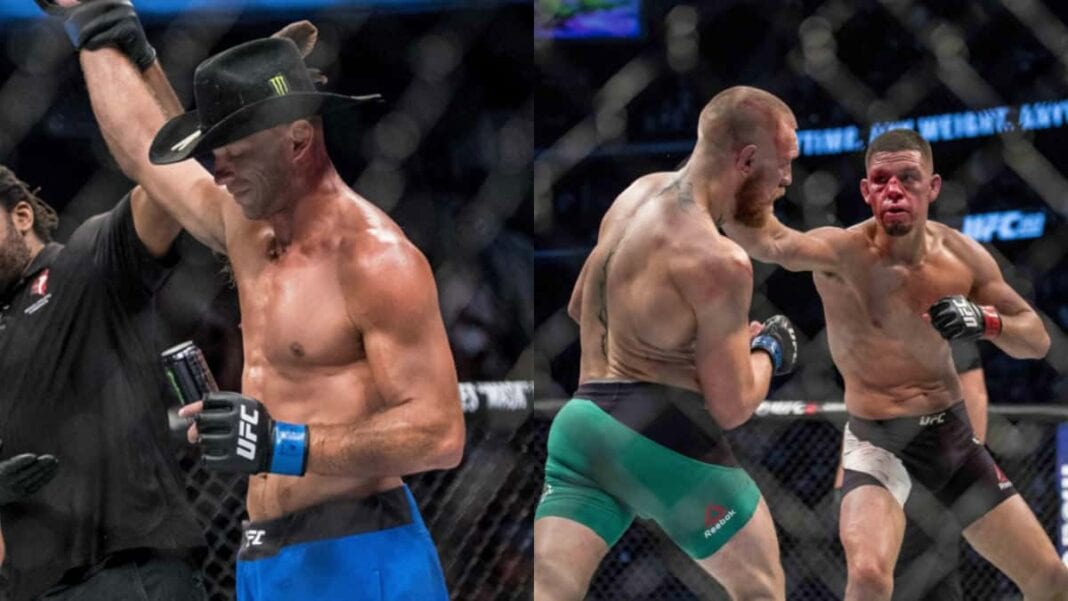 UFC lightweight/welterweight contender Donald Cerrone had a great night at UFC 202. Taking to the octagon for the third time in the 170-pound division, ‘Cowboy’ faced hard-nosed wrestler Rick Story on the evening’s main card. Cerrone earned his third straight victory with a vintage second round TKO against ‘The Horror,’ eventually sealing the deal with a head kick and flurries of punches.

The win earned Cerrone his fifth performance of the night bonus under the UFC banner. It was a great way to start his future with the new owners of the promotion, and might well lead to a UFC 205 title shot against Eddie Alvarez. Although a lightweight title shot from a welterweight win is somewhat unorthodox, the main event at UFC 202 is proof that ‘money weight’ fights now rule the roost. 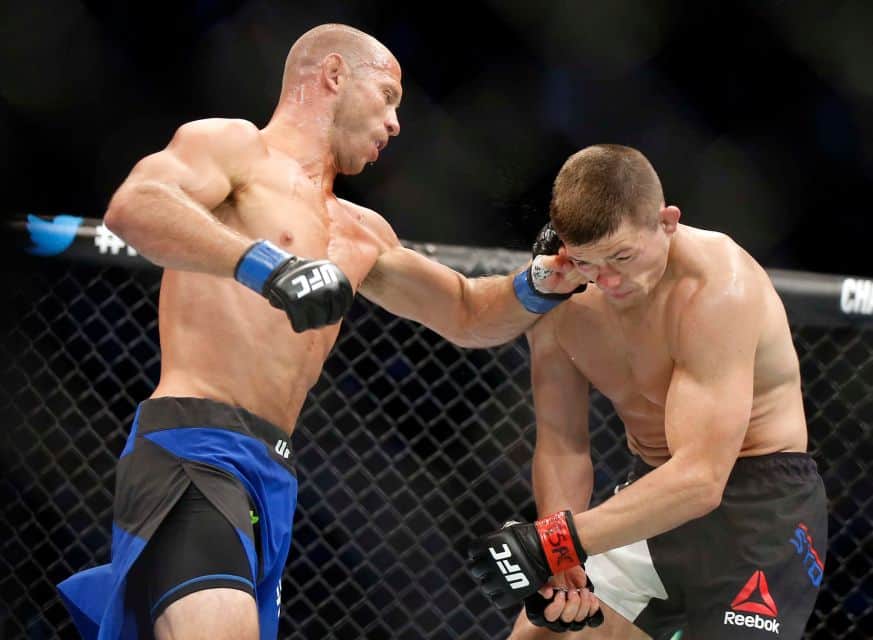 Thoughts on McGregor vs. Diaz

The UFC 202 main event featured two men that Cerrone is all too familiar with. Nate Diaz dominated ‘Cowboy’ back at UFC 141 and, although he’s never fought Conor McGregor, the two have shared a rivalry wince the infamous ‘GO BIG’ presser. As captured by our good friends at Submission Radio, Cerrone was disappointed that ‘The Notorious’ topped Diaz in Vegas:

“I feel like wrestling is really the gap in Nate (Diaz’s) game. If he had taken Conor (McGregor) down I feel like he could have secured victory in this fight. I don’t know what Nate was doing, when he goes out there and boxes he really dominates. I think the kicking took him off his game maybe, I don’t know.

“I was back there hooting and hollering for Nate man like ‘Come on man, f*cking get him. I was upset, I was really pulling for him. Now I got to listen to this f*cking dude talking all the f*cking time again. The king is back? F*ck it.”

What’s next for Cerrone?

As mentioned, and especially for a guy with so many fights and wins, anything is possible. If not a lightweight title fight, where and who should Donald Cerrone fight next? 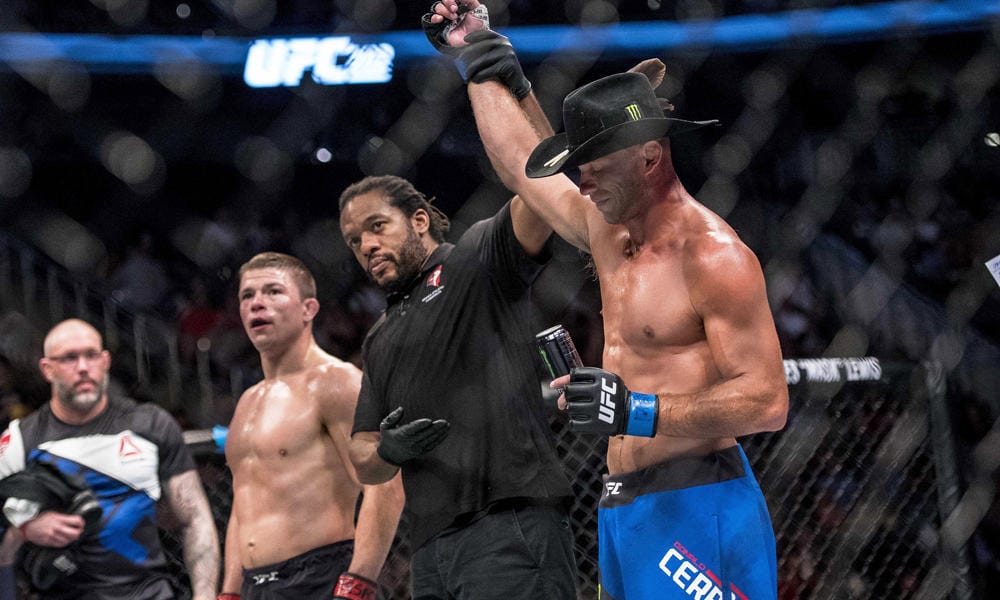