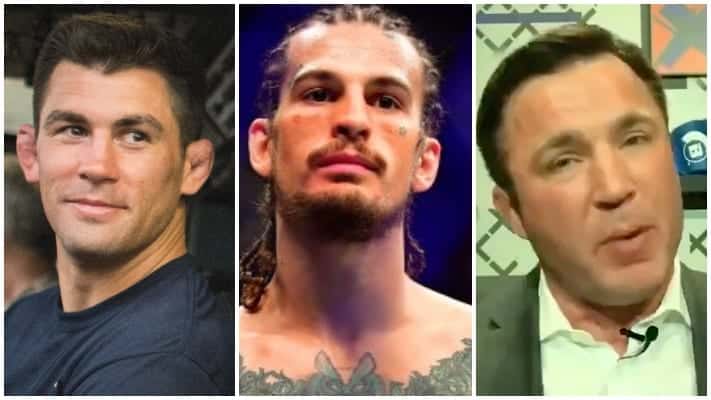 Dominick Cruz has never been shy about telling the world his opinions. The Bantamweight legend has earned a reputation for calling out fighters, referees and sponsors alike. UFC 260 would be no different, as Cruz had an immediate call out after the fights. During the ESPN post show, Chael Sonnen shared that he’d received a text, while on air, from Cruz stating that he believes he should fight Sean O’Malley next.

It comes as no surprise that O’Malley would garner the attention from a fighter of Cruz’s caliber. The legend has consistently challenged himself and is not one to shy away from the tough fights. Over the span of his sixteen year career, Cruz has taken on all challengers and has never lost a professional, non-title fight. Following up his split-decision win over Contender Series alum and O’Malley teammate, Casey Kenney, Cruz seems to be back in the business of trying to run through opposing gyms. He’s also hungry to prove that he deserves another run at the title.

For his part, O’Malley scored a decisive victory over Thomas Almeida at UFC 260, silencing the critics after his lost against Marlon Vera. The seven-month layoff had no impact on his performance and he looked as dominant as he had during his undefeated run. Sonnen believes that this match up is the right move for both fighters. (H/T BJPenn.com)

“What’s up Dominick? Hope you’re well, buddy. But get onto the UFC. Speak to Mick Maynard and Sean Shelby because we don’t know if Sean O’Malley wants that fight. That is a fight that needs to happen. That’s a tremendous match up for Sean O’Malley because it would raise his profile. And for Dominick Cruz, that’s beating a contender, that gets him back to a title shot.”