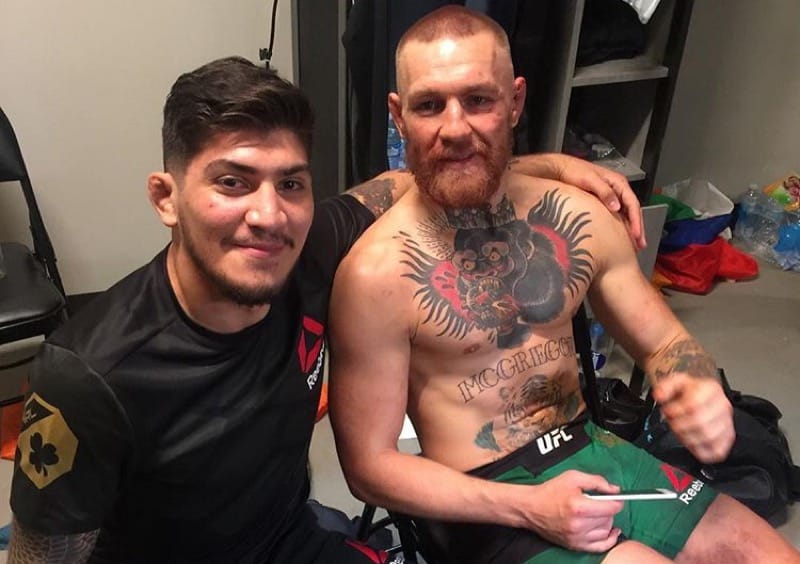 The last of the participants in the UFC 229 post-fight brawl has received his punishment from the Nevada State Athletic Commission (NSAC). The commission addressed the situation of one Dillon Danis at their hearing today.

Danis was dealt a seven-month suspension and fined $7,500 for his involvement in the brawl. The suspension is retroactive to October 6 when the melee took place. Danis was at the forefront of the brawl.

UFC lightweight champion Khabib Nurmagomedov leaped into the crowd to assault Danis after submitting Conor McGregor in the UFC 229 main event. ‘The Eagle’ has accused Danis of insulting his religion. Danis has denied all wrongdoing in that regard. He has, however, made some over-the-top remarks about fighting Khabib in the chaos.

Decorated Brazilian jiu-jitsu competitor Danis competes for Bellator MMA. He has one win in the promotion, a submission win over Kyle Walker in his debut at last year’s Bellator 198.

However, “The Eagle” has repeatedly stated that he will stay on the side until the one-year suspensions of his cornermen Zubaira Tukhugov and Abubakar Nurmagomedov are up.

McGregor is expected to return much sooner. Following today’s announcement, Danis is now on track to do the same for Bellator MMA.