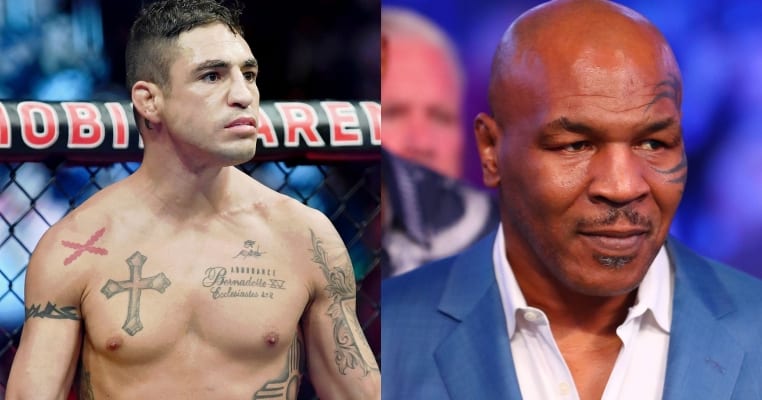 UFC veteran Diego Sanchez appeared to have ended his long association with the company earlier this year. When his contract expired, he left the UFC to explore other options. After considering moves to ONE FC and Bare-Knuckle boing, he ultimately resigned with UFC which has been his home since 2005.

“The Nightmare” snapped a two-fight win streak last time out when he fought Michael Chiesa. He’ll look to get back to winning ways against flamboyant striker Michel Pereira at UFC Rio Rancho in February. Whilst speaking about the fight to Ariel Helwani he revealed he is in need of a cornerman and is hoping to bring Mike Tyson on board. (H/T Ariel Helwani’s MMA Show)

“Shout out to Mike Tyson right now. If you want to work my corner in the next fight, I would love to have the legend Mike Tyson in the corner. If you ain’t doing anything Feb. 15, OG Diego Sanchez needs a cornerman.”

At 37-years-old and with 41 fights to his name, you’d think this would be his final contract as a fighter. However, Sanchez refuses to put a timescale on his retirement and insists he takes life one day at a time.

“I’m taking life one day at a time, living it moment for moment, appreciating every single human being that comes in my path. I’ll go from there. Sanchez said.

Will Mike Tyson take the call and be in Diego Sanchez’s corner?