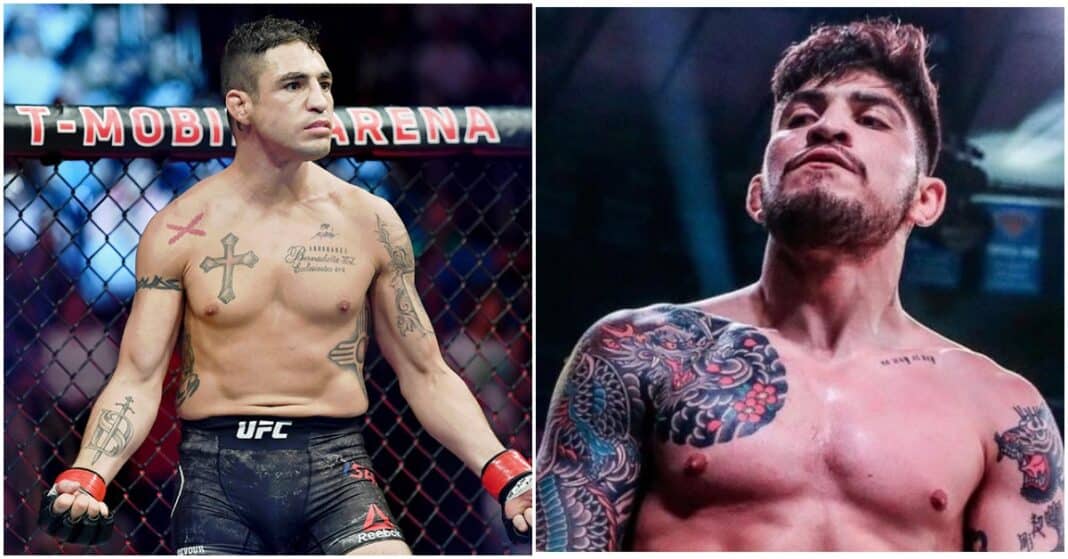 Diego ‘The Nightmare’ Sanchez wants Dillon Danis in a bare-knuckle fight on a Gamebred FC card sometime in the future.

Gamebred FC is promoted as the first-ever bare-knuckle MMA fighting championship, according to their website. The whole premise is finding the next ‘Gamebred’ Jorge Masvidal. Masvidal got a lot of recognition for being featured on Kimbo Slice’s backyard bare-knuckle fighting. Those YouTube videos captivated an entire generation and even got Slice himself a UFC shot.

Danis had recently called out Sanchez as one of the fighters he would want to fight sometime in the future.

Sanchez is open to fighting Danis after he called him out to see if Danis is really about it, or just simply chasing his clout.

“There’s a guy out there. His name is Dillon Danis and he was on the MMA Hour yesterday, saying how he wants to fight me when he comes back from his injuries. So, hey, Jorge, there’s your main event right there buddy. Everybody wants to see Dillon get beat. I’m the legend to do it. Let’s take the gloves off and see if this troll talker really is a fighter,” Sanchez said. (Sportskeeda)

Sanchez is considered a pioneer of the sport and despite his recent skid and weird situation with his trainer Joshua Fabia, many fans still love ‘The Nightmare”. It’s not a reach to say that most MMA fans would love to see Sanchez teach Danis a lesson.

Danis only has two fights inside the octagon with Bellator. He won them both via submission in the first round of the fights.

Sanchez, the original Ultimate Fighter winner hasn’t had a legitimate win (he had a DQ win over Michel Pereira as well) since 2019 when he beat Mickey Gall. It would be nice to see him get back into the win column if he decides to continue his MMA career.

Who would you want to win in a fight between Dillon Danis and Diego Sanchez?