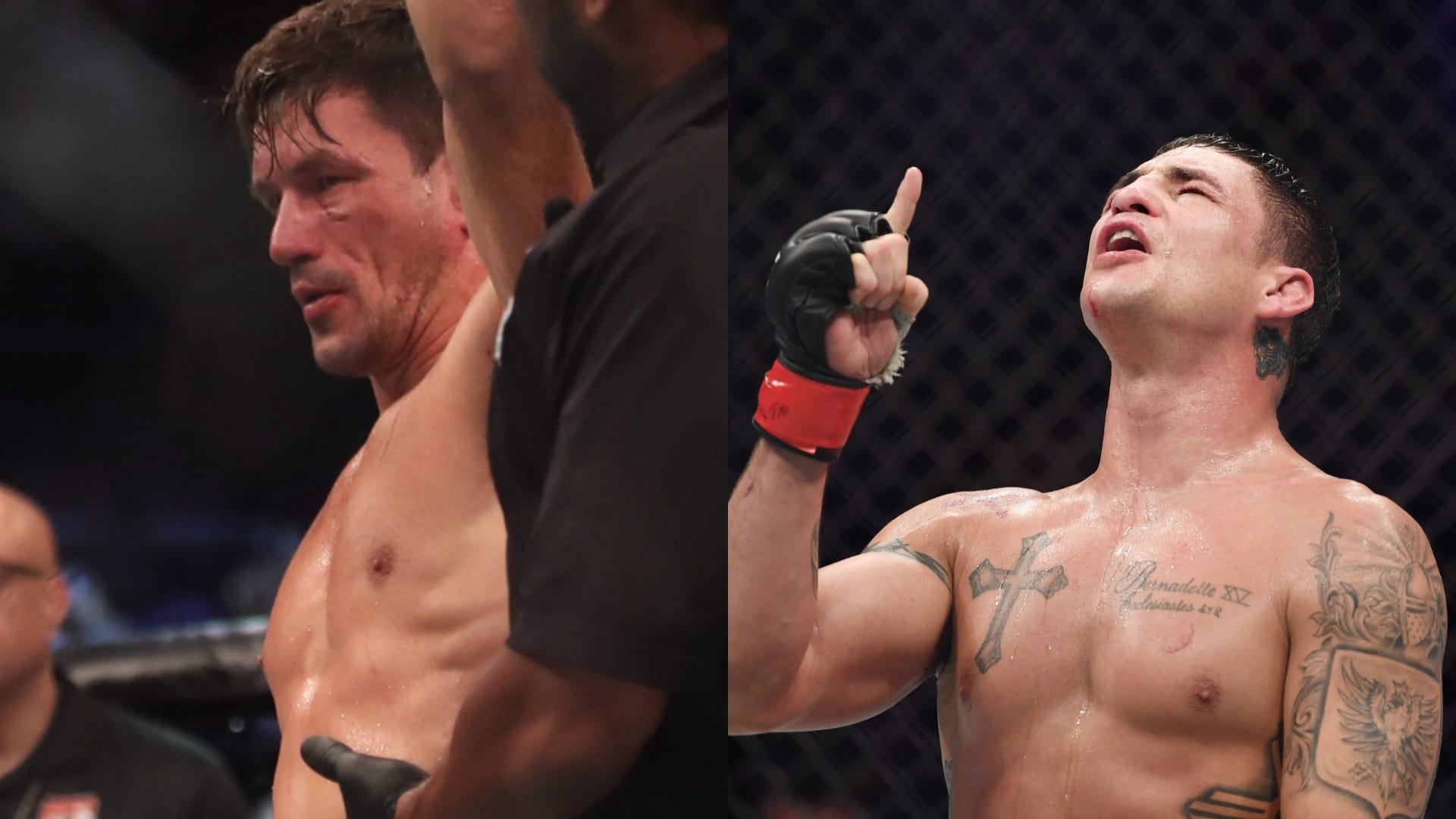 The main event of UFC Singapore over the weekend, featuring two of the greatest grapplers in MMA history in Ben Askren and Demian Maia, did not disappoint. The wrestling vs. Brazilian jiu-jitsu matchup spent a lot of Octagon time on the feet, as the two shared a surprising amount of exchanges standing up the first couple of rounds.

However, as expected the fight made it’s way to the ground and it was specialist Demian Maia that prevailed and capped the night off, as he sunk in a vintage Maia rear-naked choke at 3:54 of the third round, earning his 28th win and cementing his legacy as one of the greatest grapplers the UFC has ever seen.

Following the win, the respectful welterweight took to the mic in his post-Octagon interview to express his desire to meet Diego Sanchez in his next fight.

“Diego Sanchez is somebody that has been calling me out for years” Maia said. Its a veteran fight. if people like it, I can do it”

One person that liked the matchup, in particular, was, of course, the man himself, Diego Sanchez. Sanchez responded via Instagram in a statement.

“Let’s go @Danawhite I didn’t get the go on the @showtimepettis fight I have paid my dues, only you know the truth of my last outing. Let’s put it together Jan 18th in Vegas!! two legends want to dance let us dance!”

A combined total of 78 fights are shared between the two veterans of the sport. Sanchez is coming off a decision loss to Michael Chiesa, and Maia (despite a three-fight winning streak) is toward the tail end of his legendary career, and with just two more fights left on his contract, a matchup between the two could potentially make a lot of sense.

Would a matchup between Sanchez and Maia the top of 2020 excite you?