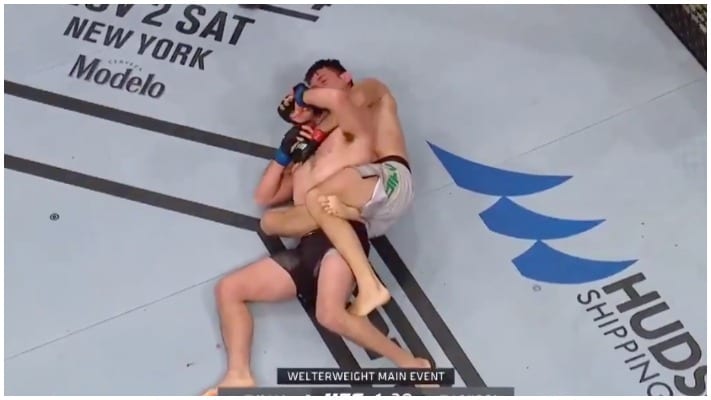 Demian Maia emerged victorious over Ben Askren in the battle of the grapplers at UFC Singapore on Saturday morning.

After a mainly striking battle early on, the two started to engage on the ground with some beautiful transitions and submission attempts. In the end, Maia was too much as he got a hold of Askren’s back and put him to sleep with a rear-naked choke submission in the third round.

It puts the Brazilian on a three-fight winning streak. Askren, meanwhile, has now lost two in a row and there will be plenty of questions about his future with the promotion.