LowKickMMA.com
Home Boxing News Deron Williams To Box On The Undercard Of Tommy Fury VS Jake... 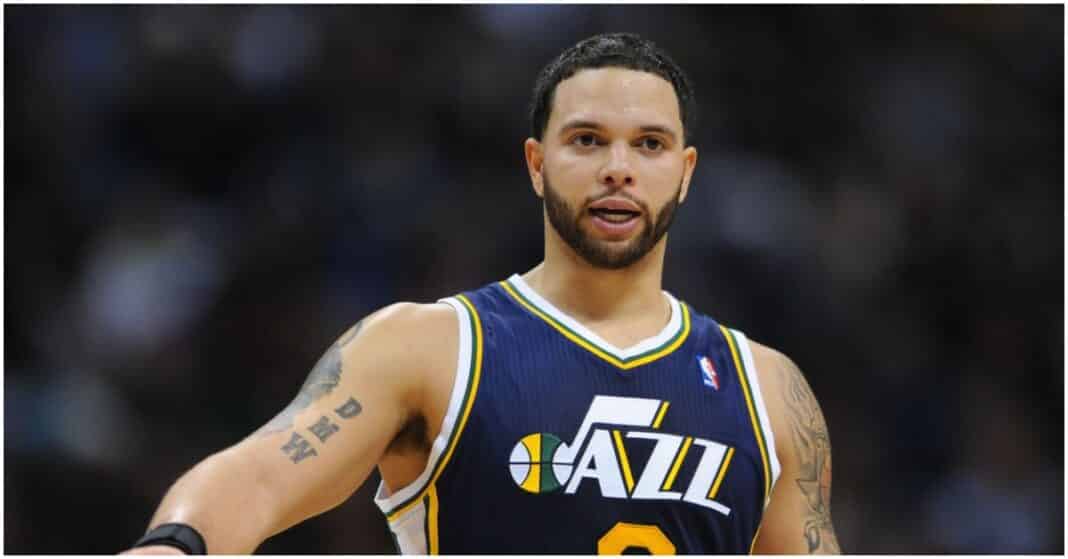 Former NBA All-Star point guard Deron Williams is set to box on the undercard of the Jake Paul- Tommy Fury fight on Dec. 18, in Tampa, Florida.

The former Jazz point guard currently trains at Dallas Fortis MMA and has been training there for many years. He is still searching for an opponent at this time.

Williams played in the NBA from 2005-2017 spending most of his career with the Utah Jazz and NJ/Brooklyn Nets. He was a three time All-Star and had a few deep playoff runs in the prime of his career. Williams also had short stints with the Dallas Mavericks and the Cleveland Cavaliers later on in his career.

The last basketball player we saw take a swing inside the boxing ring was Nate Robinson. Things didn’t go exactly as planned when Robinson stepped into the ring that night against Jake Paul. Robinson got brutally KO’d and turned into a meme that people still use on social media.

Paul and Fury was finally announced after months of back and forth between the two. The two have been at each other’s throat for a while now and have some bad blood between each other. Fury fought on the undercard of Paul vs Woodley back in July. He defeated Paul’s friend Anthony Taylor via unanimous decision. The win wasn’t very impressive, but was a fight that Fury could learn a lot from.

This will be the first true boxer Paul will be getting inside the ring with as well. His other opponents were MMA fighters, a YouTuber, and a retired NBA player. This should be an actual test of Paul’s skills.

Fury is the half brother of the heavyweight champion Tyson Fury who recently defended his title against Deontay Wilder in the final bout of their trilogy.

Who do you think Deron Williams should lace up the gloves with?