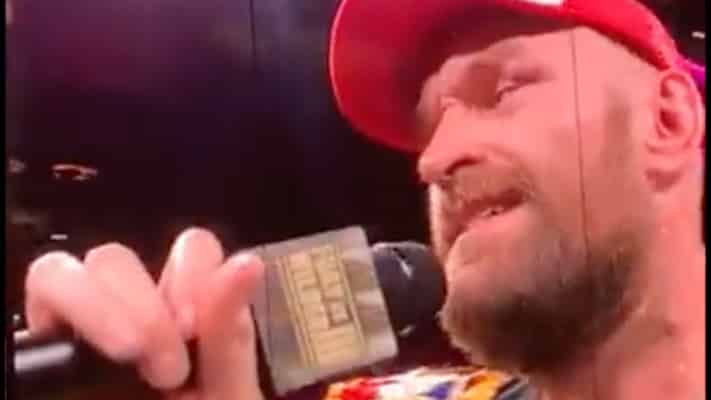 After knocking Wilder out in the 11th round of their trilogy match for the WBC heavyweight title in Las Vegas Saturday night, the Briton took the mic and sang like he usually does.

This time, he sang “Walking in Vegas” to conclude his post-fight interview.

However, the hatchet wasn’t buried.

Fury revealed he went over to Wilder to show love and respect and the latter was in no mood to reciprocate as he left the ring soon after the decision was read.

“I’m a sportsman, I went over to (Deontay Wilder to) show some love and respect and he didn’t want to show it back. So I pray for him.”

“I just said, ‘Well done,’ and he said, ‘I don’t wanna show any sportsmanship or respect.’ I said, ‘No problem.’ Very surprised. Sore loser. Idiot.”

Of course, Wilder took a lot of punishment on the night — including three knockdowns overall — and showed plenty of heart to last as long as he did. Perhaps, he’ll reciprocate once he’s back to his senses and can digest what occurred.

For now, it’s all about Fury who can now look ahead to title unification plans in the near future.