LowKickMMA.com
Home UFC News Derek Brunson vs. Darren Till Is In The Works For August 14 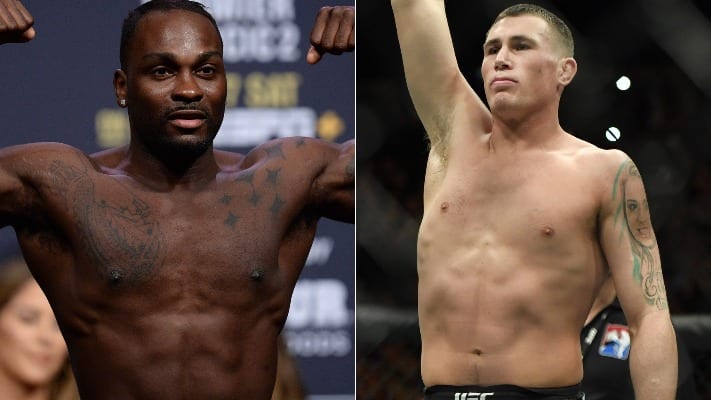 Derek Brunson and Darren Till will likely square off in a five-round main event on August 14 according to Brett Okamoto who recently confirmed the match-up was in play with UFC president, Dana White.

Fresh off announcing news of Paulo Costa vs. Jared Cannonier, Okamoto took to social media to reveal Brunson vs. Till is in the works for this summer.

“Another high-profile middleweight fight in the works. Brunson vs. Till, main event, August 14,” Okamoto wrote. “Not official, still awaiting some medical clearance. But UFC working on finalizing per Dana White.”

On Monday, Ariel Helwani reported that the UFC was exploring the option of holding a show in London, England this August. It seems like if they do return to Europe later this year it’ll be Brunson vs. Till that headlines.

“UFC is exploring the possibility of holding an event in London, England in August, sources say,” Helwani wrote on social media. “Not finalized. Obviously lots at play, but it has definitely been discussed and is under consideration.”

Since losing to Israel Adesanya in 2018, Brunson has put together a four-fight win streak. The 37-year-old has impressively dealt with rising stars in his last two fights. Brunson beat up and stopped Edmen Shahbazyan last year before out grappling Kevin Holland over five rounds in March.

Till has struggled for form and momentum in recent years. The Englishman ended his welterweight run with back-to-back stoppage defeats against Tyron Woodley and Jorge Masvidal.

‘The Gorilla’ enjoyed a successful middleweight debut beating Kelvin Gastelum over three rounds at UFC 244. Till fell short in his next middleweight match-up which came against Robert Whittaker on Fight Island.

Since then, he’s been booked to face Jack Hermansson and Marvin Vettori but injury prevented him from competing on both occasions.

If this match-up becomes official, who do you think will win on August 14? Derek Brunson or Darren Till?