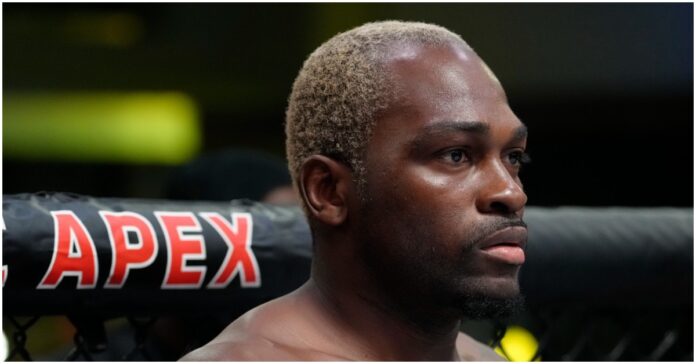 Derek Brunson (23-8 MMA) has declared to UFC fans that he only has one last fight left in him, after his loss at UFC 271.

The 38-year-old middleweight has competed in a total of 20 UFC bouts across his career and saw his five-fight win streak ended abruptly in Houston.

Jared Cannonier (15-5 MMA) managed to weather the storm in the first round, before viciously knocking out Brunson in what was a second-round knockout, on the main card.

It was a tough loss for Brunson after he was nearing his career ambition of earning himself a title shot at the 185-pound division. However, Brunson quickly took to social media to let his fans know he was in good health and was ready to change his narrative.

“Made a title push, Number 3 vs. 4 in the world. I came up short. Life lessons. I’m all good. Sad but life will give you theses moments. I’ll pick myself up for one more fight. Blessings all.”

Where does Derek Brunson stand in UFC history?

The Californian had hinted at retirement in the build-up to UFC 271, where he announced that he’d planned to fight two more times, including his fight with ‘The Killa Gorilla’, and then “riding out”.

Derek Brunson has been fighting in the UFC for a decade, after making and winning his UFC debut against legend, Chris Leben.

Despite Brunson never making it to a UFC Championship fight, there is no doubt he has made his stamp on the promotions with notable wins over fighters like Lyoto Machida, Darren Till, Kevin Holland, Uriah Hall and many more.

Who do you think Derek Brunson should face in his last UFC bout?