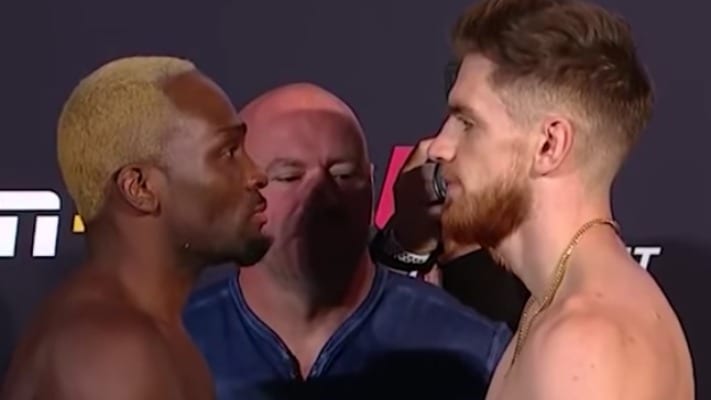 Next up on the UFC Vegas 5 is the middleweight headliner between Edmen Shahbazyan and Derek Brunson.

Round 3: Brunson lands a left and takes Shahbazyan down again but Dean calls an end to the fight soon after.