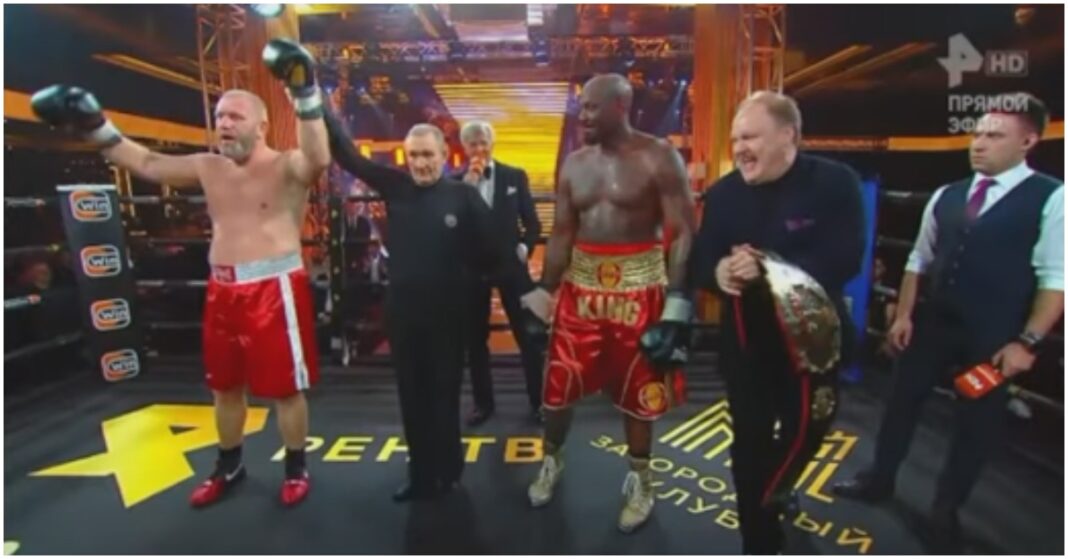 Deontay Wilder’s long-time coach, Malik Scott, made the shock decision to end his retirement and travel to Belarus for an exhibition bout with MMA legend Sergei Kharitonov.

Scott is credited with improving Wilder during his three-fight trilogy with Tyson Fury and will now be tasked with helping ‘The Bronze Bomber’ become a champion once again.

Last weekend, Scott took some time away from that task to pull on the boxing gloves for the first time since 2016 when he retired with an impressive 38-3-1 record having fought the likes of Derek Chisora, Deontay Wilder and Luis Ortiz.

Scott looked sharp, controlled a lot of the contest, and even managed to drop Kharitonov with a body shot but ultimately fell to a decision defeat against the former Bellator and Strikeforce fighter who currently compete under Khabib Nurmagomedov’s Eagle FC banner.

Post-fight, Kharitonov was quick to give props to Scott, he said.

“It was very difficult. My previous fights ended in the first round and the third or fourth. Malik Scott is a very serious opponent,” said Kharitonov via WBN. “Malik Scott is a machine. I knew who I was going to fight, but I always go only forward.”

Despite the result, Scott seemed glad to have got back in the ring.

“When your always busy teaching the craft and learning the craft, it keeps you in some kind of good physical shape.

“Wins, losses, disappointments, etc. I’m grateful for every experience and lesson that comes from this noble art.”

Do you think Deontay Wilder’s trainer, Malik Scott, should’ve got the win over Sergei Kharitonov in Belarus?