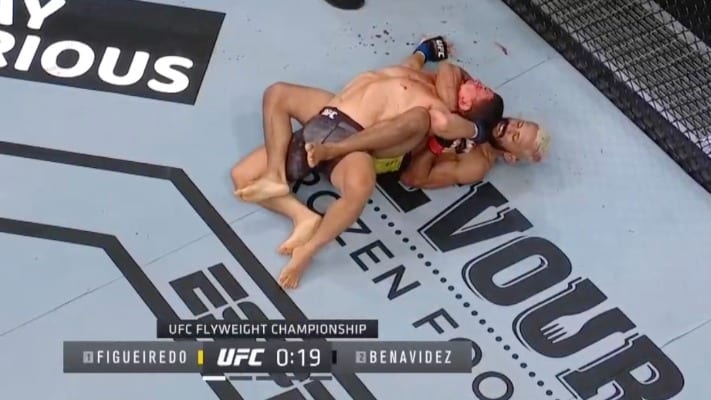 We finally have a new flyweight champion in Deiveson Figueiredo.

Unlike the first meeting, there was no controversy this time as Figueiredo dropped Benavidez multiple times in the first round of their UFC Fight Island 2 headliner on Saturday night.

Benavidez did well to survive but eventually was no match for the Brazilian who sunk in the rear naked choke submission to put him to sleep. As a result, Figueiredo became the first Brazilian flyweight champion and the division can finally move forward again.

What did you think of the finish and Figueiredo’s performance?