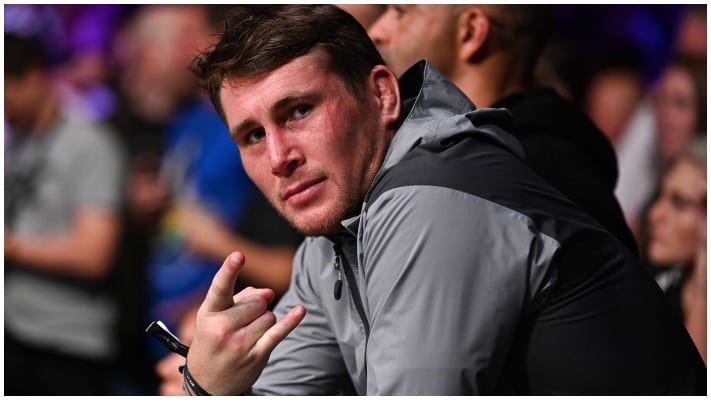 In this fight Makhachev took on Drew Dober and dominated the fight with his superior grappling skills ultimately finding the finish via way of head arm triangle choke in the third round.

When breaking down the event on his YouTube show “Opinions and Arseholes” Till called Makhachev one of the best grapplers he had ever seen.

“Islam is possibly the best grappler, one of the best grapplers I have seen,” Till said. “Oh my god, that pressure on top, he doesn’t really punch, just the pressure you see what he does with his shoulders and hips and transferring his weight one side to the other. Honest to god, phenomenal.”

Currently Makhachev is 8-1 in the UFC with his only loss being a first round knockout to Adriano Martins. Since then the fighter out of Dagestan has gone on a seven fight win streak and dominated throughout each fight.

Following this victory Makhachev has called for a bout with highly ranked Lightweight contender Tony Ferguson, however, it isn’t clear if this is the direction the UFC would like to go.

While Till thinks Makhachev will be a problem for many fighters in the divison he also shared that he isn’t counting out any of the top five lightweights.

“I’m a big fan of Charles Oliveira, obviously Dustin is me main man, the top five in Lightweight is disgustingly good but Islam can definitely be one of them, I think he can be champion.”

READ:  Sean Strickland Wants To Meet Belal Muhammad In The Desert & Do 'Some Weird Sh*t' To Him

Currently Till is set to make his own return on April 10 in the main event taking on fellow Middleweight contender Marvin Vettori. This card will be aired on ABC much like the first card of the year was.