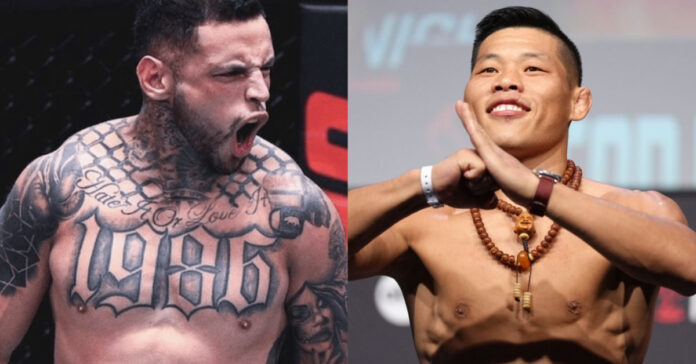 After one of the most shocking PPV main event weight misses in UFC history, the main card of UFC 279 looks to be undertaking some major changes.

Khamzat Chimaev weighed in at 178lbs for his welterweight clash with Nate Diaz, adding to what had already been a drama-filled fight week. It now seems unlikely that Diaz and Chimaev will face off, considering Diaz weighed in at the welterweight limit.

Early reports indicate that Diaz may now face off against Tony Ferguson, who was set to feature in the co-main event against Li Jingliang. Fans are also hypothesizing that Chiamev will be paired off against another main card fighter, Kevin Holland.

This would leave Holland and Ferguson’s opponents without matchups. However, MMA journalist Aaron Bronsteter has reported that Daniel Rodriguez (Holland’s original opponent) was been offered a bout with the aforementioned Li Jingliang.

Bronsteter reports that Rodriguez has accepted the offer, and is now waiting to see if ‘The Leech’ will also accept.

Bronsteter’s full statement went as follows:
“I’m told Daniel Rodriguez has been offered a bout against Li Jingliang at tomorrow night’s #UFC279 card and has accepted. Rodriguez’s team are waiting to find out if Jingliang will be accepting.“

Bronsteter later reaffirms that this is by no means a done deal, but that it is an indication that there may be some serious change to UFC 279. He states:

“Situation remains fluid, a lot of moving parts and this could just be an option that was floated to his team to gauge interest. But wheels are clearly in motion in terms of adjustments being made to #UFC279.”

Would you like to see Daniel Rodriguez and Li Jingliang face off?