LowKickMMA.com
Home Other WWE Daniel Cormier Reveals He Is In Talks With The WWE 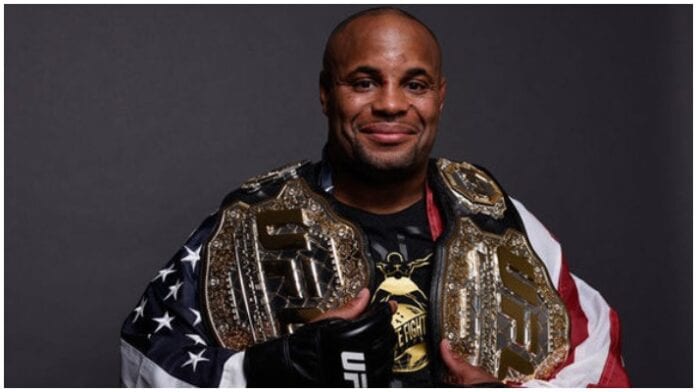 Former dual-weight UFC champion Daniel Cormier has revealed he is currently in talks with the WWE. The recently retired MMA fighter told Sports Illustrated discussions had just begun but he was nonetheless very excited by the prospect of joining the organization.

“We’ve been talking,” Cormier said. “We’ve spoken to some of the people over there in very, very early conversations. WWE is a company I’ve watched and loved my entire life.”

Cormier currently works the commentary on all the UFC’s biggest events. He wants to enter the WWE in a similar role before eventually competing inside the professional wrestling ring.

“Put me at the commentary table,” Cormier said. “Let me call the matches for six months and tell you how great these wrestlers are in the ring. I would love that, and I wouldn’t be faking it. WWE is something I’ve loved my entire life.”

“Then, after those six months, what if I’m sitting next to Michael Cole, and Roman comes over and smacks the microphone out of my hand?” Cormier says, with the excitement picking up in his voice. “But I’m an announcer. Will I hit him back? Then you’re asking if this will happen or not. That’s what I want, that slow build, the type of story you want to see, and your heart feels like it’s going to explode while you’re waiting for it. Give me the slow build, let it simmer.”

‘DC’ went on to discuss if he would be interested in signing with All Elite Wrestling if things with the WWE don’t work out, he said.

“I haven’t really watched AEW as much, but I’m sure they’re doing fantastic things over there. I had this whole thing with Cody Rhodes and the Young Bucks a few years ago that wasn’t the best, but that’s water under the bridge. I’m happy that those guys are doing well.

“We shared a hotel in Jacksonville. I was working out and Jake ‘The Snake’ Roberts came up to me. I said to myself, That’s how you know you’re somebody—Jake The Snake comes up to you and starts up a conversation when you’re working out.”

Do you think Daniel Cormier will be a good fit for the WWE?